As it has done, and as it will do until the end of time, the Marvel Cinematic Universe is gonna kill it in 2018. They’ve got Black Panther (YES!), Infinity War (a slightly more reserved YES), and Ant Man And The Wasp (a very curious YES? from the back of the room). But outside of the MCU’s “Please don’t blow this, guys” slate, 2018 is gonna be a bizarre year for superhero films.

You know those people who openly complain about how you can’t watch one of these without having seen the previous six in the series? “How could I possibly keep up with all of this shit?” they cry into the night, stumbling through alleys and Facebook comment sections. Well, 2018 was carefully crafted to make such a person’s head physically explode, in a non-metaphorical way. “Wait, why doesn’t this Spider-Man movie have Spider-Man in it?”

There’s An X-Men Horror Movie And … A Last Stand Reboot? Sort Of?

The Disney / 21st Century Fox merger is happening, but we’ll still be getting non-MCU X-Men films for a while, which means we’ll be getting more and more chances to prove that really any movie genre can be improved if you give everyone superpowers. Originally, the first up was The New Mutants, which looks to be a horror movie that isn’t related to the main series at all.

And that might kick ass, but if a random horror lover stumbled across this trailer, they’d have to think this is the worst title for a slasher movie ever. “I get that they’re mutants, but is it scarier that they’re new?” This was set to be released in April, but has now been pushed to 2019. So, fittingly for the theme of this year’s superhero films, 2018 starts with a mysterious hole where a group of mutants used to be.

So the next X-Outing will be Dark Phoenix, which is a remake of the plotline from The Last Stand, 2006’s X-Men offering. Remember that one? It had Kelsey Grammer as Beast and was mostly notable for including the “I’m the Juggernaut, bitch!” meme?

Dark Phoenix takes a second shot at the same general “Jean Grey goes bananas” storyline. And it’s being written and directed by Simon Kinberg, the guy who wrote the first shot. I don’t know if the moral here is “Everyone deserves a second chance” or “If you make an X-Men movie once, eventually the bell of doom will toll for you again.”

On a side note, if you want a small yet very revealing example of how much the superhero genre has improved overall since 2006, keep in mind that back then, someone said, “Who should we get to play Beast, the troubled, poetic genius who has super strength and super agility?” and some fuckin’ dude replied with, “Well, have you ever seen Frasier?” 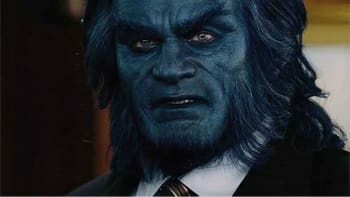 Now We Get An Aquaman Movie?

In 2016, DC gave us Batman v Superman: Dawn Of Justice, because simply ruining one character wasn’t enough, and Suicide Squad, which was like getting an enema made of the tears of your family. In 2017, we got Wonder Woman, which was pleasantly awesome, and Justice League, which had apparently been edited by some kind of larger finger-less water mammal. And in 2018, we’re getting … Aquaman, which will feature copious water, Willem Dafoe, and Jason Mamoa’s Greek statue torso. 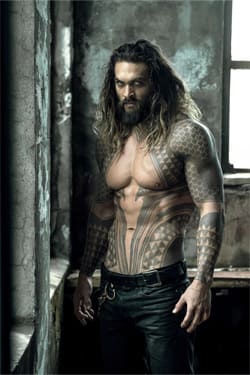 Warner Bros. PicturesKing of the Seven Seas and the six abs.

5 Great DC Cartoons To Watch Instead Of 'Justice League'

Yes, the butt of 90 percent of all jokes about the DC Universe is getting his own film, and it’s the only DC movie coming this year. I’m not saying it’ll be bad; it’s just that in the MCU, they put characters in solo movies to make them likable enough for the big team-up. DC puts characters in team movies that no one likes and then sends them out on their own. Kind of like if you sent back a bad pizza in a restaurant, then the waiter came back with just the pizza’s melted cheese in a bowl. Hey, it might just hit the spot, depending on what kind of mood you’re in.

And Then There’s Deadpool 2

Also from Fox, we’re getting Deadpool 2 to remind us that there is still some good left in the world. You probably knew that, but what you may not know is that they intend to give us an all-you-can-eat buffet of Deadpool movies over the next several years, with X-Force following the sequel (that’s Deadpool teaming up with Cable to lead a team of mutant black ops), maybe in 2020 or so. If there isn’t a Deadpool 3 after that, it probably means Ryan Reynolds got caught in some kind of grotesque scandal. (But even then …)

I mainly bring this up just to again point out that Disney, the company that created Mickey Mouse, is going to be throwing mountains of money at Ryan Reynolds for the next decade so that he’ll keep talking about his dick while shooting people in the head. We don’t appreciate this enough.

We’re Getting One Spider-Man Movie Without Spider-Man, And Another With Several Spider-People

Sony is going ahead with their Spider-Man-less Spider-Man universe wherein, due to some rights issues, a bunch of Spider-Man villains hang out while Spider-Man is too busy fighting Thanos or getting a gyro to bother being in a movie with them. The opening movie in this series is Venom, and it stars Tom Hardy and hopefully Tom Hardy’s wonderful supply of impenetrable accents. And the villain in Venom is Carnage, who is like Venom but red and meaner. It doesn’t bode well from a creative standpoint for this Totally Spider-Man But Not Really Universe when the first conflict in the first movie is a guy battling the equivalent of his alternate Mortal Kombat costume.

A little more promising is the animated (and totally unrelated to the MCU) Spider-Man: Into The Spider-Verse. In it, the Spider-Man is Miles Morales, the Afro-Latino teen who took over for Peter Parker after Parker died in the Ultimate Marvel comics. And because the term “spider-verse” means as much to most people as the term “flam jack scramblepants,” allow me to briefly explain it. The Spider-Verse originated in a 2014 comic series which jumped from timeline to timeline and featured dozens of different Spider-People. It was pretty satisfying for me as a comic reader, mainly because I sit around and wonder “What do you think Spider-Man 2099 is up to?” during most of my spare time anyway.

Columbia PicturesRight after “How much more expensive is car insurance in a superhero universe?”

Will some of the movies on this list be incredibly bad? Almost certainly. A given percentage of all matter in the Universe is total garbage — any scientist can tell you that. But let’s bury the idea that superhero movies are a sign of movie studios playing it safe. Ten years ago, you could have passed off this lineup as a wacky “Wouldn’t it be funny if they did this?” parody. I’ll take weird-bad over boring-bad any day of the week.

Daniel has a Twitter. Go to it. Enjoy yourself. Kick your boots off and stay for a while.

We’d like to recommend you go watch the first Deadpool again, just for fun. You know you want to.

If you loved this article and want more content like this, support our site with a visit to our Contribution Page. Please and thank you.