A funny thing happened when Congress approved a tax cut for the middle class eight years ago: Most Americans didn’t notice.

The 2009 economic-stimulus bill contained a one-year tax break worth $800 for married couples in 95 percent of working households — a little over $15 a week. A February 2010 poll found that just 12 percent said their taxes had been reduced. More than half, 53 percent, said they saw no change. A remarkable 24 percent thought their taxes had increased. 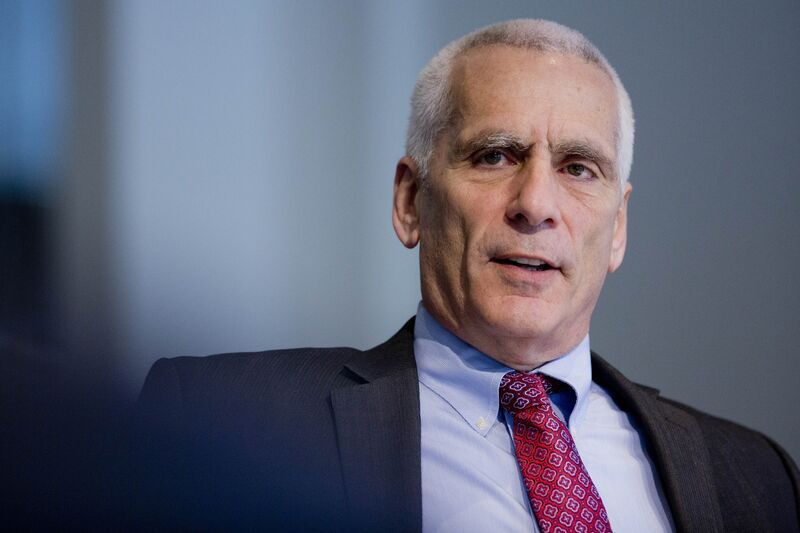 “Virtually nobody believed they got a tax cut,” said Jared Bernstein, an economist who worked in former President Barack Obama’s White House. He called it a source of frustration at the time.

That 2009 tax cut contains warning signs for President Donald Trump and congressional Republicans. Their tax plans would deliver about the same level of initial relief to households with incomes between $40,000 and $100,000 — roughly $800 on average — according to data from Congress’s Joint Committee on Taxation. If those numbers hold, and if history’s any guide, Trump’s working-class voters may not feel the tax cut he has repeatedly promised them.

The numbers are a little more generous in an independent analysis of the Senate bill published last week; it found that the plan would raise average after-tax incomes by $1,200 per household in 2019. But that report by the Urban-Brookings Tax Policy Center found that more benefits go to higher earners, affecting the average. Regardless, that’s just over $23 a week.

“The changes are going to be too small for people to recognize,” said Bernstein, now a senior fellow at the liberal Center on Budget and Policy Priorities. “Most families won’t see anything from the plan until they file their 2018 taxes in April 2019.”

White House spokeswoman Lindsay Walters dismissed fears that voters won’t perceive gains. She said in a statement that 2018 “will see a booming Trump economy that’s creating jobs, raising wages, and adding retirement security” due to a mix of tax cuts and fewer regulations.

Timing is critical, in political terms. Congressional midterm elections are less than 11 months away — magnifying the importance of the tax legislation’s short-term effects. Democrats will be seeking to wrest control of Congress from Republicans, who may have little to show beyond the tax bill they’re rushing to pass before the end of this year.

Many GOP lawmakers — and conservative advocacy groups — have cited the political importance of securing a tax bill this year. As Obama did with his stimulus tax cut, House Majority Leader Kevin McCarthy of California urged Americans to pay attention to their paychecks.

“Come next February, everybody should check their check,” McCarthy said during an appearance on Fox’s “Sunday Morning Futures.” “Because their withholding is going to be better. They’re going to get more money in their paycheck starting out.”

One GOP tax writer said lawmakers are still trying to enhance middle-class benefits as they meld provisions from the different tax bills that passed the House and the Senate. That process goes public on Wednesday when a “conference committee” is set to meet.

“We’ve got to figure out how to give more middle-income tax relief, and everybody’s working on that,’’ Representative Peter Roskam, an Illinois Republican who’s on the committee, said on Fox’s “Sunday Morning Futures.”

Both the House and Senate measures would cut most individuals’ income taxes — though analysts have found that a disproportionate share of benefits would go to the highest earners. The bills propose different individual rate structures, and the Senate version — designed to comply with stricter fiscal rules — would make its changes for individuals temporary, wiping them off the books in 2026. Most of the House bill’s cuts are intended as permanent.

Lawmakers have to keep their tax bill within certain parameters: It can add no more than $1.5 trillion to the federal deficit over the next decade, and cannot increase the deficit outside that 10-year window. One way to enhance the middle-class tax cut would be by reducing the cut proposed for corporations. Both the House and Senate bills would slash that rate to 20 percent from 35 percent — though Trump recently sought to give Congress political cover to set a rate as high as 22 percent.

Public expectations are low, according to a series of polls that have found little support for GOP tax legislation. Just 22 percent of Americans expect their taxes will go down if the Republican effort succeeds, while 41 percent believe they’ll go up, according to a CBS News poll released Thursday. Among Republicans surveyed, just 31 percent expect to see a tax cut under the plan.

Some Republicans say the corporate tax cut will benefit the middle class; Trump’s Council of Economic Advisers has said that the corporate tax cut would mean a long-term boost of $4,000 or more for average household income. Other economists question that nationwide average — which leaves the actual benefit for middle-class families unclear — and White House officials say it would be achieved only over time.

“There’s gonna be some lag time,” said Senator John Kennedy of Louisiana. “How much? I don’t know. I don’t think anybody knows.” He said some of the corporate tax provisions, including a proposal to allow companies to fully and immediately deduct the cost of their equipment purchases, will have “an immediate effect” on the economy and give middle-class Americans higher take-home pay. “Yes, they’ll notice it,” he said.

“In 2018, you’ll start seeing the green shoots of some capital investment, but it’ll ramp up over about an 18 to 24 month period,” said Senator Thom Tillis of North Carolina.

Republicans in districts with lower median incomes are more optimistic about quicker effects.

“It would be very meaningful to people in my district,” said Representative Bradley Byrne of Alabama. “I can tell you it’ll help me in my district. And if we don’t pass it I think it’ll hurt me.”

Complicating the picture is the fact that a minority of Americans would stand to face a greater financial burden next year — if plans for repealing or curtailing deductions such as state and local taxes remain in place. Also, both bills repeal personal exemptions, offering a potential hit to large families.

“If you’re a husband and a wife and you have two or three kids, you bet it is significant,” said Senator Ron Wyden of Oregon, the chief tax-writing Democrat.

Republicans are hoping for the best.

“When this gets signed by President Trump, this is going to be a generational achievement,” House Majority Whip Steve Scalise of Louisiana told Fox News on Monday.

“People are going to be very enthusiastic and excited,” said Representative Karen Handel of Georgia, who won a special election in June and may face a competitive race in 2018. “They are going to be buoyed by the fact that true tax relief — that most people haven’t seen in their entire lifetime — they are going to be receiving.”