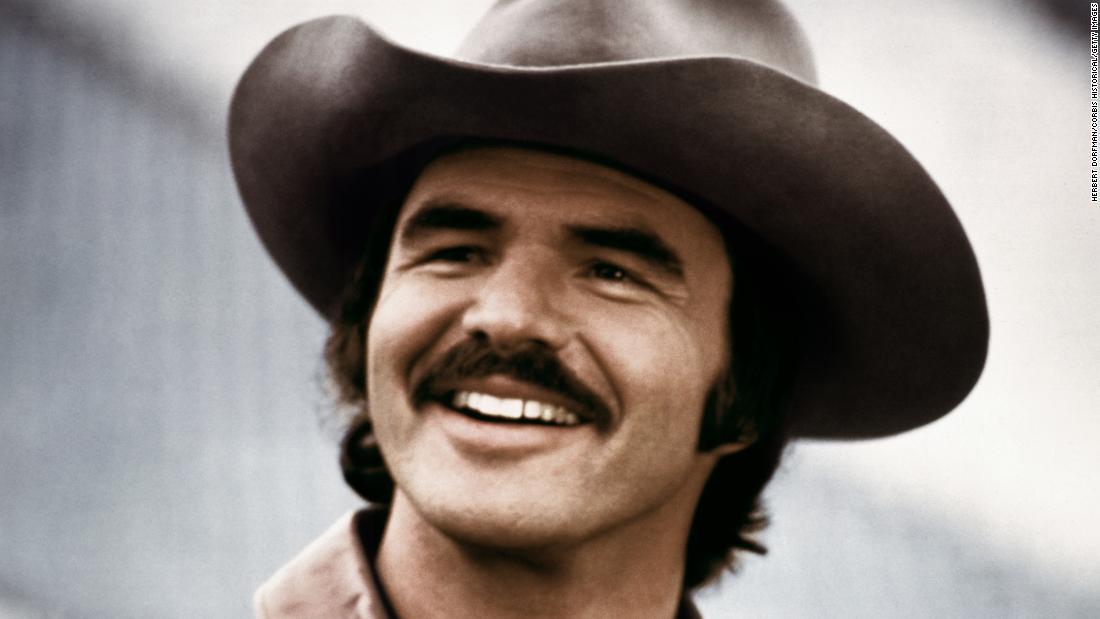 (CNN)Co-stars, friends and famous admirers of actor Burt Reynolds are paying tribute to the late legend upon news of his death.

“There are times in your life that are so indelible, they never fade away. They stay alive, even forty years later. My years with Burt never leave my mind,” said actress Sally Field, whom Reynolds once called “the love of my life.” “He will be in my history and my heart, for as long as I live. Rest, Buddy.”
Field and Reynolds were co-stars in 1977’s “Smokey and the Bandit,” one of Reynolds’s most famous films.
Another one of his former co-stars, Dolly Parton, with whom he starred in 1982’s “The Best Little Whorehouse in Texas,” also expressed her sadness over the actor’s passing.
“I know we will always remember his funny laugh, that mischievous sparkle in his eyes, and his quirky sense of humor,” she wrote. “You will always be my favorite sheriff, rest in peace my little buddy. I will always love you, Dolly.”
The range of Reynolds’ talent and the memorable roles he played is reflected in the films for which he’s being remembered — everything from “Deliverance” to “Boogie Nights,” in which he played a director of adult films.
Director Kevin Smith called Reynolds “THE movie star of my childhood.”
“I always loved how Burt Reynolds worked with his friends as often as he could and then showcased the fun of movie-making in the end credits of his flicks,” he wrote on Twitter. “He was true American icon. Hate to see him go…”
Other tributes include:

“There are times in your life that are so indelible, they never fade away. They stay alive, even forty years later. My years with Burt never leave my mind. He will be in my history and my heart, for as long as I live. Rest, Buddy.” – statement to CNN

“Oh how sad I am today along with Burt’s millions of fans around the world as we mourn one of our favorite leading men. I know we will always remember his funny laugh, that mischievous sparkle in his eyes, and his quirky sense of humor. You will always be my favorite sheriff, rest in peace my little buddy. I will always love you, Dolly.” — via Twitter

“Blake [Edwards] and I were very fond of Burt and we loved working with him. He will always be remembered for his humor and charisma and will be missed enormously. Burt’s talent was one of a kind.” — statement to CNN

“Rest in peace to a legend and a friend. #BurtReynolds.” — via Twitter

“A sad day, my friend BURT REYNOLDS Has passed away. I remember him back in 1979, he always reminded me that I should’ve cast him as Colonel Trautman in FIRST BLOOD , I said that’s impossible, because you’re too expensive and too famous, and probably tougher than Rambo ! He laughed , He had a great sense of humor and I enjoyed his company so much… RIP.” — via Instagram

“My good friend has started a new journey. Rest in my peace my friend. I’ll never forget the wonderful times we spent together. #BurtReynolds.” — via Twitter

“I owe my career, at least in part, to the great Burt Reynolds. Heartbroken to learn of his passing. He was one of a kind. A fun loving, charismatic talent who did many good deeds quietly, without personal expectation but rather out of the kindness of his extraordinary heart. RIP.” — via Twitter

“Burt Reynolds was one of my heroes. He was a trailblazer. He showed the way to transition from being an athlete to being the highest paid actor, and he always inspired me. He also had a great sense of humor – check out his Tonight Show clips. My thoughts are with his family.” — via Twitter

“Burt Reynolds was a friend of mine, sad to hear of his passing.” — via Twitter

“So sad hearing about the passing of Burt Reynolds. Such a nice man, true friend & a good soul! You left this world with wonderful memories..We will miss you my friend- RIP.” — via Twitter

“Burt Reynolds and my dad were close friends. BR gave my dad this FSU leather jacket around 95. The day I committed to The #Canes, @walterpayton came home, grab the jacket & said ‘time to get rid of this.’ RIP BR.” — via Twitter

“Burt Reynolds & Clint Eastwood were fired from GUNSMOKE & RAWHIDE at the same time. Burt was told he couldn’t act and Clint his neck was too skinny. In the parking lot, Burt said to Clint, “I dunno what you’re gonna do, but I’m gonna take acting lessons.” #RIPBurtReynolds.” — via Twitter

“Very sad to hearing about the passing of Burt Reynolds. He was a great actor, a philanthropist and a pioneer of the cool mustache. Thank you, Burt. You will be missed.” — via Twitter

“Burt Reynolds was one of the kindest and most generous people I have ever worked with. He took me under his wing when I was first starting out as an actor and offered friendship, advice and guidance.
I’ll never forget how much that meant to me.” — via Twitter

“This has broken my heart. I loved #BurtReynolds. #BestLittleWhoreHouseInTexas was my favorite of his films. Losing so many heroes. This sucks. It really sucks.” — via Twitter

“RIP to another legend. Grew up with my parents, my brothers and a worn out VHS copy of Cannon Ball Run, watched Deliverance on my first date with my wife (don’t ask) & revisit Boogie Nights every few months to marvel at his performance. A very great loss.” — via Twitter

“R.I.P. Burt Reynolds, underrated as a dramatic actor (Deliverance), underrated as a director (Sharkey’s Machine), but also a rare movie star that seemed to be just having an absolute ball onscreen. Nobody broke frame with a bigger gleam in his eye. “Just watch ol’ Bandit run.” – via Twitter

“‘Stroker Ace was born to race’
Much respect to you Burt Reynolds. RIP.” — via Twitter

“RIP Burt Reynolds. You were one of a kind. I was lucky to work with you.” — via Twitter
CNN’s Christina Zdanowicz contributed to this report.

Leo Dottavio Had A Complete Meltdown On Twitter Betches

Bedtime battles got you down, parents? These tweets will have you laughing in solidarity.

Russian Artist Sums Up What Instagram Is All About (6 Pics)

Feline Fails of the Month – Video