Despite resigning nearly two years ago, the Minnesota Senator continues to be the most divisive case in the #MeToo movement.

It all began in 2017 when conservative radio host Leeann Tweeden

Leeann, who at the time was known primarily as a former Playboy model and a correspondent on Fox Sports‘ Best Damn Sports Show Period, claimed in a rehearsal for skit for the troops, Franken, not yet a Senator but merely an SNL alum and comedic commentator, kissed her without her consent.

She also said Franken “groped” her while she slept based on a photo she released from a plane ride.

At the time Franken agreed to fully cooperate with an investigation by Senate Ethics Committee; however, after mounting pressure from his fellow Democrats — and several additional accusations of groping during photo ops — he resigned without such a probe.

In a new piece for New Yorker magazine on Monday, journalist Jane Mayer has reopened that investigation for herself.

It’s a lengthy, exhaustive examination which includes an interview with Franken himself, in which the disgraced Senator admits he wishes he hadn’t stepped down.

When asked if he regrets his decision to resign, he says:

Franken believes he was robbed of due process. He says a Senate Ethics investigation would include subpoenas of witnesses who has chosen not to respond to requests by news organizations:

“I knew we’d get the photographer and other people on the plane. I felt that the truth would be out.”

According to Mayer, some of his former colleagues agree; seven U.S. Senators who demanded Franken’s resignation were willing to go on record saying they were wrong to do so, mostly because it took away our one chance at getting an actual probe into one of these investigations.

The case is unusual when compared to other high profile politicians with credible accusations of sexual misconduct over the past couple years.

Brett Kavanaugh denied any wrongdoing and even called the questioning a sham; he became a Justice of the Supreme Court.

Considering those cases it’s not hard to see why Franken thinks he made a mistake. However, does he now realize he could have kept his position no matter how much evidence against him, like with Trump or Kavanaugh? Or does he truly believe an investigation would have cleared him??

Franken isn’t completely oblivious to the environment in which he’s saying this; he correctly assesses:

We’d strongly agree with that.

In fact, a great many have taken offense to what they’re reading as Mayer’s defense of Franken.

The article has already been seen as victim blaming and failure to “believe women.” And we understand why many feel that way. On the other hand, an investigation needs to look at these things. Ronan Farrow had to look into the victims’ stories about Weinstein to make sure they were on the up-and-up. Pulitzer-sharers Megan Twohey and Jodi Kantor did the same.

This is not an easy issue to discuss, but it’s a discussion worth having.

So what has Mayer discovered? Well, there’s a lot of holes in Tweeden’s story for one thing:

Obviously, she was in on the humor when she was awake.

As a photo taken of a sleeping woman, the photo is completely inappropriate. Even if he’s doing it ironically as a spoof of sexist humor, as many of Franken’s longtime comedy colleagues have suggested, Tweeden was an unwilling participant in the joke.

And Franken agrees. He now says:

“What’s wrong with the picture to me is that she’s asleep. If you’re asleep, you’re not giving your consent… I genuinely, genuinely felt bad about that.”

It must be noted, even if Tweeden was in on the bawdy humor at the time, even if she did apparently participate in the kissing sketch multiple times after she says it was improvised on her, that doesn’t prove she gave her consent in that moment.

As we know, victims of misconduct are sometimes forced to remain friendly with their abusers due to financial or social circumstances.

Mayer also points out how, unlike the exposés which helped take down Harvey Weinstein, Tweeden’s story was not vetted by a neutral news organization — it was released by the conservative radio station she worked for.

According to Mayer, KABC-AM had decided to become the most pro-Trump station in Los Angeles (not a difficult task if we’re being honest). A former coworker is on record admitting no one at the station tried to corroborate any of her story, including reaching out to others involved, because she was “a trusted employee.” In fact, they didn’t even ask Franken for a comment before publishing.

On top of all that, Tweeden was supposedly coached for weeks by staff members on her statement, something even her friend Lauren Sivan thought was “a mistake.”

As you may recall, Sivan is one of Weinstein’s many accusers. (She’s the one who says the Hollywood mogul masturbated into a potted plant in front of her when she refused to touch him.) She is also a longtime friend of Tweeden’s.

Tweeden says she told Sivan to go to a mainstream outlet where her story could be properly vetted so there would be no question that her “right-wing conservative radio station” was controlling the narrative.

OK, let’s take a step back.

It’s not an unprecedented phenomenon for Trump’s Republican Party to cynically weaponize the modern climate of social justice.

Take for instance when Kathy Griffin did her infamous photo shoot holding the bloody head of Trump in effigy. The Trump family claimed then 11-year-old Barron Trump was traumatized because he thought it was his actual father’s actual severed head. Many compassionate people decried Kathy for her insensitivity — with none willing to admit they didn’t really buy that an 11-year-old would have reasonably thought that.

More recently, in 2018, alt right instigators and Pizzagate conspiracy theory pushers Jack Posobiec and Mike Cernovich tried very hard to destroy the career of filmmaker James Gunn, a vocal critic of their beloved leader Trump, by dredging up decade-old bad tweets and starting a movement to get him fired by Disney.

Many fans winced at the disgusting jokes about topics such as rape and pedophilia, and despite the fact Gunn had long since discussed having become a different person, he was fired from his job directing the final Guardians Of The Galaxy film. (He was rehired months later when cooler heads prevailed; but he has not tweeted about Trump ever since.)

But can we really compare an accusation of sexual assault to those diabolical political tactics?

We often discuss how victims almost never come forward with false allegations of sexual assault because there’s no upside.

The woman who claimed Trump held her down and raped her at a party thrown by his pal, billionaire pedophile Jeffrey Epstein, when she was just 13 years old, dropped her case entirely amid growing death threats.

Kavanaugh accuser Christine Blasey Ford was forced to move four times because of the threats to her family.

Who would willingly put themselves through that??

On the other hand, Tweeden didn’t go through that. Near as we can tell there have been no reports of threats to her safety. If it’s happened, we can’t find any record of it, including from Tweeden herself. Those on the other side of the political aisle were the ones who fully supported her and called for Franken to step down.

Look, it puts us — as a society — into an incredibly precarious position to mistrust the word of someone based on which political party they belong to. Under Trump we’ve already become a nation of two separate realities, and anything that fuels that is problematic.

But we can’t ignore this trend either. The dishonesty and bad faith is not equal on both sides, nor is the treatment of sexual misconduct allegations.

But what Mayer is discussing is not Tweeden’s poitical affiliation, but rather the handling of the story.

The writer perhaps does not go so far as to suggest Tweeden is lying, but she does paint a picture of a sketchy story.

But what about the seven other women who claimed Franken groped them when they took photos with him at public events?

Franken says he has no idea:

“My first instinct was ‘This doesn’t make any sense. This didn’t happen.’ But then, when they started adding up, I said, ‘Well, maybe I’m doing something I’m not aware of.’ But this was out of the blue for me.”

According to Mayer, his staff agrees.

In fact they were told to watch Franken like a hawk, not because of any possible sexual impropriety, but because they were worried his sense of humor would get him in trouble.

Franken is the author of comedy books like Rush Limbaugh Is A Big, Fat Idiot; as a Senator he couldn’t even speak that title aloud without it being a minor scandal. They were worried about him offending with bad language and sarcasm — not groping.

However, they did describe him as “clumsy” and “physically obtuse.” Franken himself said:

“I’m a very physical person. I guess maybe sometimes I’m oblivious. I’ve been a hugger all my life. When I take pictures, I bring people in close.”

They seem to be saying Franken kissed people on the lips socially and squeezed them close in photos without any sexual context to it, and that it was misinterpreted.

It’s really not much of a defense. It also may be true. It may not.

Again, just because the people around Franken never saw or experienced this behavior does NOT prove it wasn’t happening.

We’ll never know every facet of this complicated case. But based on the article, we really do wish an official investigation had gone down.

Partially because there does seem at the very least to be evidence this case wasn’t as clear cut as it seemed at the time.

But also because at the end of the day, Al Franken stepping down didn’t cause any other accused politician to step down. If anything it told them they should go full Trump and deny everything and call it all Fake News.

And so far that’s what they’ve done. 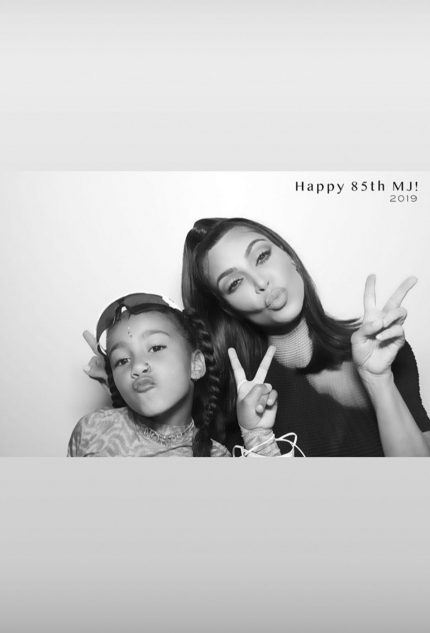 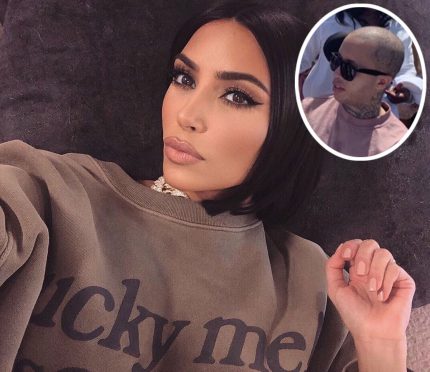 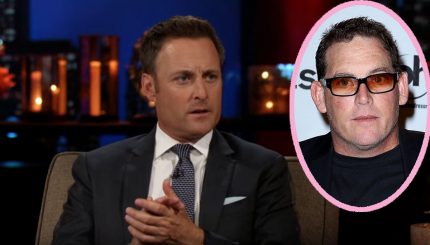 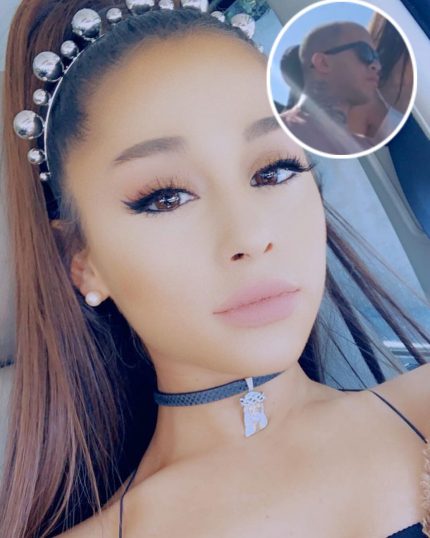 Ariana Grande Speaks Out After Former Photographer Accused Of Misconduct!

This Is The Most Alarming Wedding Trend We’ve Seen Yet

Breakthrough In Mice Could Lead To New Therapy For Hearing Loss

Was this a watershed moment for British TV?