I had a near-pathological fear of public exercise and rarely went out for a run, but my daily morning date with Adrienes YouTube channel has given me hope 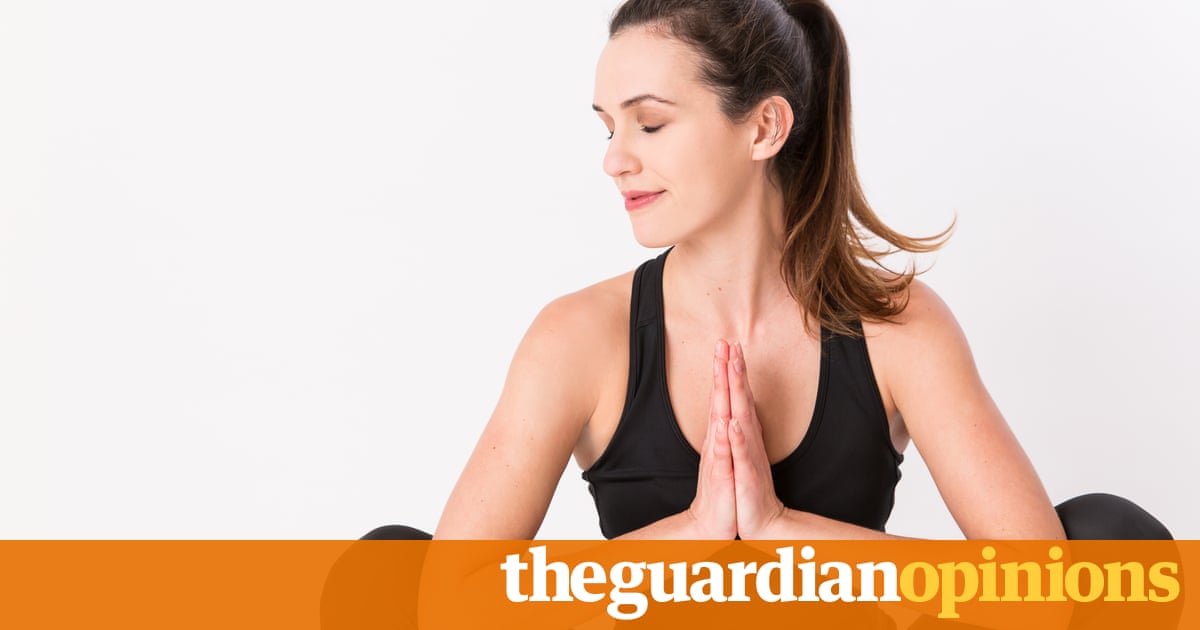 I was in the living room, in my pyjamas, and my laptop was open. Youre a hero, the woman on the screen was saying, reminding me how great I was for showing up today, as I nodded along, blissfully. I might even have been about to give myself a hug. Then my girlfriend walked in. I slammed down the screen. Get out! I shouted, like a teenage boy whose mum had failed to knock on his bedroom door before opening it.

Every morning, for the past eight days, I have woken up and followed half an hour or so of a Yoga With Adriene video on YouTube. Ive done her videos on and off for the past couple of years, and have found them so enjoyable that Im finally trying to get through a full 30-day programme. This habit has given me some insight into what it might feel like to be indoctrinated into a cult. I mentioned it to a friend last week and he admitted that he, too, was thinking about taking it up. Hed asked around his office and found that half of his colleagues were doing it. Shes so lovely, I told him, encouraging him to get involved. Obviously, Ive never met Adriene, but I started talking about her as if she were a friend: shes so nice, shes really funny and goofy, she says you dont have to worry about not being flexible enough to do yoga. Adriene says thats like not having a bath because youre too dirty, I said, chuckling knowingly.

Ive always had a near-pathological embarrassment about exercising in public. Im far from alone in this. Google tells me its a regular query, and offers forums and pop psychology lists of possible reasons why, and top five tips for realising that its fine for you to be chugging along in the park, puffed out and red-faced, in your jogging bottoms that double up as pyjamas when its really cold. A few years ago, when I was going through a breakup, I threw all of that excruciating self-consciousness out of the window, downloaded a Couch to 5K app, and taught myself to run. Well, jog, slowly, for half an hour. Part of learning to do that involved reminding myself that actually, despite what proper runners will tell you, running is not all that interesting, and its unlikely that anyone cares enough to stare. Even if they do, you can go just fast enough that theyre left there behind you, before youve had chance to process what theyve just catcalled in your direction. As my endurance improved, any self-consciousness slipped away.

Then I got happy again, and stopped running, and have managed one plodding, reluctant annual jog since. But I learned two key things from that particular personal exercise fad. First, even if you were so bad at PE at school that you worked out how to bring on a nosebleed to get out of the 1,500 metres, you can still teach yourself to move, if you build it up slowly enough. Second, it really helped to have the voice of a woman Id never met offering soothing platitudes in my ears as I cursed the day Id ever downloaded the thing.

Later, I also learned that, while its possible to feel fine about running in public with headphones on, alone, I will never enjoy exercise classes. Hell, as Sartre famously said, is doing legs, bums and tums classes with other people. I understand that for many, its motivational and sociable, but when friends talk about getting up at 5am to go to whatever the latest knockoff version of SoulCycle is, I start to feel that old embarrassment stirring again. Everything about it makes me fret, from getting changed at a bench in the changing rooms to something as simple as not knowing if the lockers take 50p pieces or pound coins. I remember going to a pilates class years ago a one-off where the instructor tried to physically shove my uptight shoulders down, and was astonished at the resistance. I remember looking around the room and not getting it, and feeling mortified that while everyone else had fashioned themselves into the beautiful shape of a tree, I looked as if I was on the deck of a ship in stormy waters, trying to do the dance to YMCA.

With Yoga With Adriene, I get the best of both worlds. I get to wake up and sleepwalk to my living room, stretch myself around a bit for half an hour, and start the day feeling genuinely better than I would have done without it. If Im bad at anything, I can try again. And, as trite as it may sound, I get to do so knowing that there are hundreds of thousands of people doing the exact same thing. It may be one of the only pockets of the internet where the comments are lovely. Theres a strong sense of community, without having to move someones steaming trainers off your gym towel. But crucially, its making me feel more confident about maybe, one day, facing that changing room, and doing the downward dog in front of the horror other people in real life. But for now, Im quite happy at home. Just me and Adriene. She thinks Im a hero.

Overstock and Coinbase briefly mixed up Bitcoin and Bitcoin Cash

ABC Is Trolling Colton So Hard With This ‘Bachelor’ Poster Betches

33 Creepy Places You Should Never Visit After Dark