The Spanish national team has been plunged into crisis after the coach Julen Lopetegui was sacked just two days before their opening World Cup game against Portugal in Sochi, with director of football Fernando Hierro named as his replacement 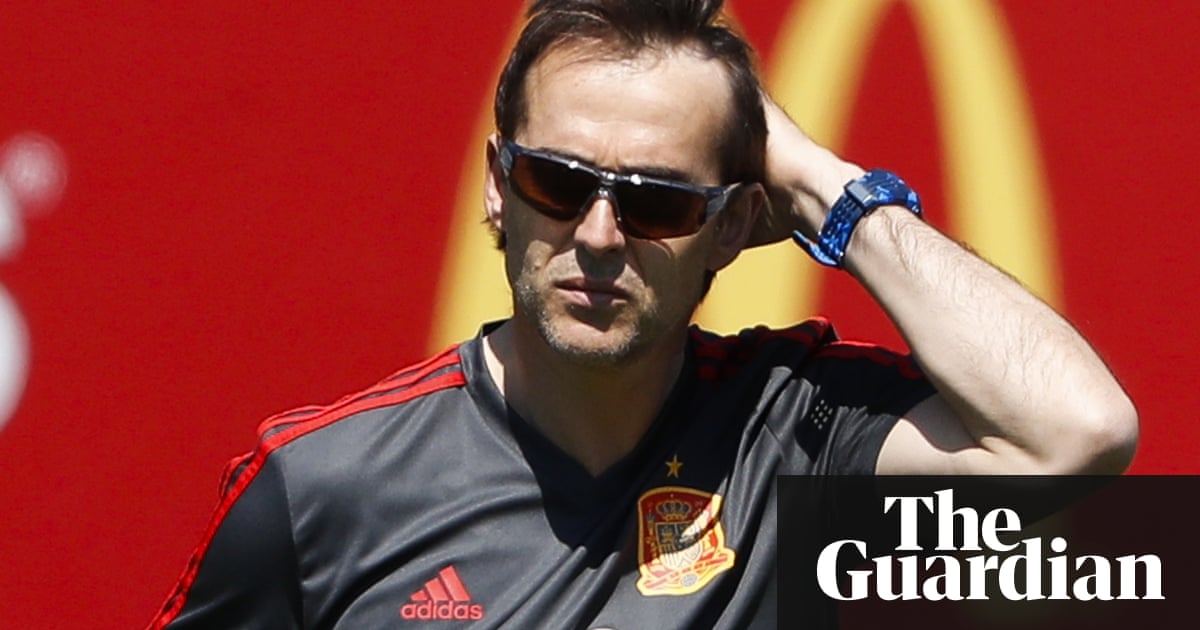 The Spanish national team has been plunged into crisis after the coach Julen Lopetegui was sacked just two days before their opening World Cup game against Portugal in Sochi, with director of football Fernando Hierro named as his replacement.

The president of the Spanish Football Federation, Luis Rubiales, insisted that he had little choice but terminate Lopeteguis contract as a matter of principle after the coach negotiated with Real Madrid behind their back. The sacking comes in response to the news, released on Tuesday afternoon, that Lopetegui had agreed to take over at Real Madrid when the World Cup ends.

That came as a huge surprise across Spain including at the Federation. Neither the players nor Hierro nor the president knew of the decision until moments before it was made public. Rubiales said that he had received a phone call from Madrid five minutes before they issued a statement announcing the appointment. He flew from Moscow to Krasnodar urgently on Tuesday night, leaving the Fifa congress to head to the national teams HQ to discuss how best to resolve the situation. Just after 1pm on Wednesday afternoon, after discussions with the players, he announced the decision to sack the coach, describing it as an obligation on a sad day.

We are in an extremely difficult situation; this is very, very hard, Rubiales said.

Rubiales and Lopetegui were due to appear before the media the following morning but that press conference was put back and when Rubiales eventually appeared, an hour and a half later than originally scheduled, he did so alone. Another planned press conference with Lopetegui, subsequently pencilled in to follow that of the federation president, was cancelled.

Gwyneth Paltrow Owns Up to Goops Mistakes at SXSW: We Thought We Were Writing a Blog’

How Predictive Text Gave Us A New Harry Potter Chapter