John Oliver on public shaming: ‘One of America’s favourite pastimes’ 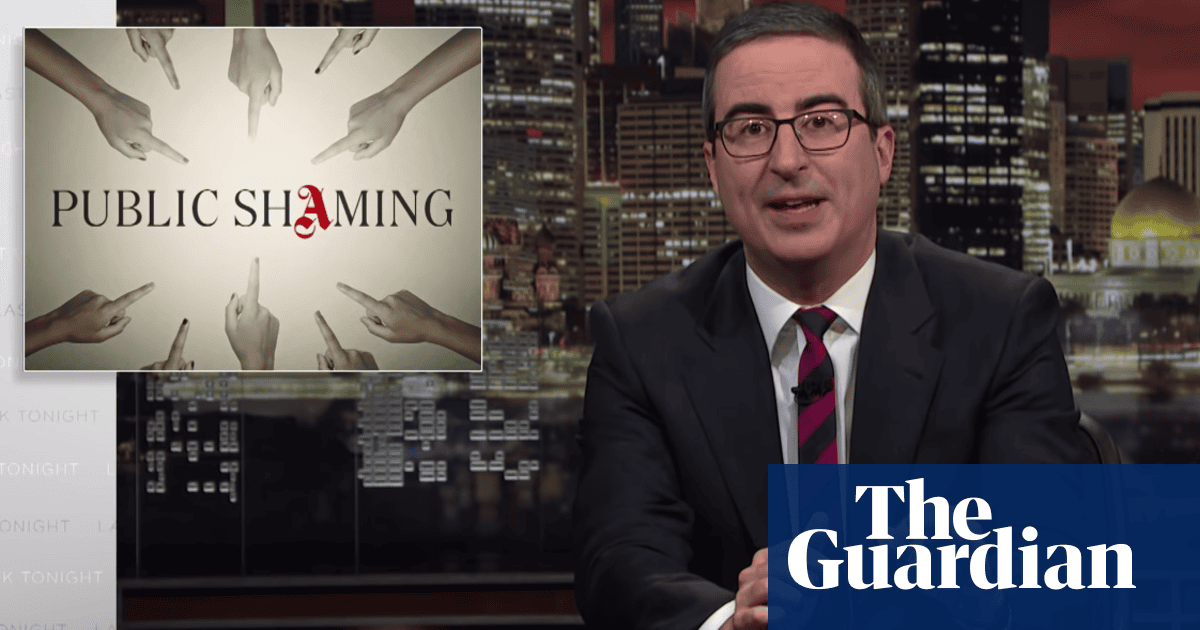 John Oliver has discussed the issue of public shaming, taking aim at Jay Leno and speaking to Monica Lewinsky about her experiences.

On his HBO show Last Week Tonight, the British comic focused on the increase of people being publicly held to account for behaviour. Thanks to the internet, it has never been easier to pile onto a public shaming, he said. In fact, its now one of Americas favourite pastimes.

He continued: Were basically goldfish except rather than discovering a new castle in our bowl every nine seconds, we find something new to be outraged about online.

Oliver spoke about the difficulties faced by non-famous people when they get caught up in these kinds of situations, including the woman termed worst aunt ever after she sued her eight-year-old nephew for breaking her wrist after hugging her. But the real story was far less shocking and far less widely spread.

He also spoke about Tucker Carlson, who found himself the subject of outrage after a string of racist, sexist, homophobic and Islamophobic comments were resurfaced. Oliver said it was a good example of an internet pile-on being merited.

He continued: At some point its incumbent on everyone to consider both context and consequences if youre going to pile on in a shaming.

The last week has also seen scornful comments targeted at those involved in the college admissions scandal, including Olivia Jade Giannulli, the YouTube famous daughter of Lori Loughlin, who Oliver then ridiculed.

Im comfortable making those jokes, he said. Am I comfortable with the whole internet piling on her? Honestly, that kind of depends on how and for how long. If its death threats and vile comments then of course not. If it defines her forever that seems unfair.

He said that often the punishment can be vastly disproportionate to the offence.

Oliver then moved onto the story of Monica Lewinsky, who found herself the subject of ridicule after her affair with Bill Clinton. Oliver took aim at the late-night comedy at the time that slut-shamed and humiliated her, particularly from Jay Leno.

Those jokes have not dated well in any sense of the word, he said. And theyre pretty rough, especially coming from a guy who, just this week complained about late-night TV, saying hed like to see a bit of civility come back, you know, like that time when he did a bit with a fake book about Lewinsky called The Slut in the Hat, and if thats what he means by civility then I offer my new book Oh, the Places You Can Go Fuck Yourself, Jay Leno!

Lewinsky herself then spoke about what it was like to be on the receiving end of such hatred. It was a shitstorm, she said. It was an avalanche of pain and humiliation.

He asked her if she had considered changing her name. Im not proud of all of the choices Ive made in my life but Im proud of the person that I am, she said. Im not ashamed of who I am.

Lewinsky is now associated with a sharp, funny Twitter persona making jokes and references to the scandal but is still confronted by negative comments. I get a lot of empowerment out of blocking people, she said.