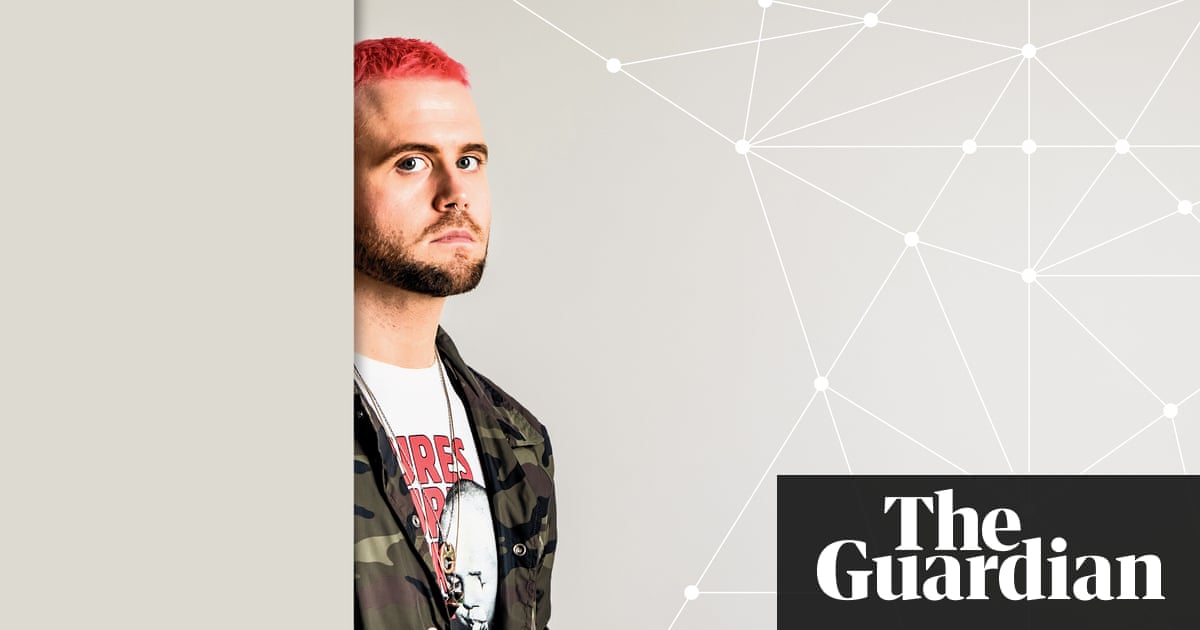 The first time I met Christopher Wylie, he didnt yet have pink hair. That comes later. As does his mission to rewind time. To put the genie back in the bottle.

By the time I met him in person, Id already been talking to him on a daily basis for hours at a time. On the phone, he was clever, funny, bitchy, profound, intellectually ravenous, compelling. A master storyteller. A politicker. A data science nerd.

Two months later, when he arrived in London from Canada, he was all those things in the flesh. And yet the flesh was impossibly young. He was 27 then (hes 28 now), a fact that has always seemed glaringly at odds with what he has done. He may have played a pivotal role in the momentous political upheavals of 2016. At the very least, he played a consequential role. At 24, he came up with an idea that led to the foundation of a company called Cambridge Analytica, a data analytics firm that went on to claim a major role in the Leave campaign for Britains EU membership referendum, and later became a key figure in digital operations during Donald Trumps election campaign.

Or, as Wylie describes it, he was the gay Canadian vegan who somehow ended up creating Steve Bannons psychological warfare mindfuck tool.

In 2014, Steve Bannon then executive chairman of the alt-right news network Breitbart was Wylies boss. And Robert Mercer, the secretive US hedge-fund billionaire and Republican donor, was Cambridge Analyticas investor. And the idea they bought into was to bring big data and social media to an established military methodology information operations then turn it on the US electorate.

It was Wylie who came up with that idea and oversaw its realisation. And it was Wylie who, last spring, became my source. In May 2017, I wrote an article headlined The great British Brexit robbery, which set out a skein of threads that linked Brexit to Trump to Russia. Wylie was one of a handful of individuals who provided the evidence behind it. I found him, via another Cambridge Analytica ex-employee, lying low in Canada: guilty, brooding, indignant, confused. I havent talked about this to anyone, he said at the time. And then he couldnt stop talking.

By that time, Steve Bannon had become Trumps chief strategist. Cambridge Analyticas parent company, SCL, had won contracts with the US State Department and was pitching to the Pentagon, and Wylie was genuinely freaked out. Its insane, he told me one night. The company has created psychological profiles of 230 million Americans. And now they want to work with the Pentagon? Its like Nixon on steroids.

He ended up showing me a tranche of documents that laid out the secret workings behind Cambridge Analytica. And in the months following publication of my article in May,it was revealed that the company had reached out to WikiLeaks to help distribute Hillary Clintons stolen emails in 2016. And then we watched as it became a subject of special counsel Robert Muellers investigation into possible Russian collusion in the US election.

The Observer also received the first of three letters from Cambridge Analytica threatening to sue Guardian News and Media for defamation. We are still only just starting to understand the maelstrom of forces that came together to create the conditions for what Mueller confirmed last month was information warfare. But Wylie offers a unique, worms-eye view of the events of 2016. Of how Facebook was hijacked, repurposed to become a theatre of war: how it became a launchpad for what seems to be an extraordinary attack on the USs democratic process.

Wylie oversaw what may have been the first critical breach. Aged 24, while studying for a PhD in fashion trend forecasting, he came up with a plan to harvest the Facebook profiles of millions of people in the US, and to use their private and personal information to create sophisticated psychological and political profiles. And then target them with political ads designed to work on their particular psychological makeup.

And he did it on behalf of his new boss, Steve Bannon.

Is it fair to say you hacked Facebook? I ask him one night.

He hesitates. Ill point out that I assumed it was entirely legal and above board.

Christian Matheson (MP for Chester): Have you ever passed any user information over to Cambridge Analytica or any of its associated companies?

Matheson: But they do hold a large chunk of Facebooks user data, dont they?

Milner: No. They may have lots of data, but it will not be Facebook user data. It may be data about people who are on Facebook that they have gathered themselves, but it is not data that we have provided.