“I Love Sinners”: Former Playboy Reveals How Hugh Hefner Drove Her to Jesus

Sometimes God uses the unlikeliest of vessels to lead us down the road to redemption and point us toward Him.

For Christian actress Andrea Logan White, those vessels were Hugh Hefner and the Playboy Mansion.

While she’s now the wife of Christian filmmaker David A.R. White, and the co-owner of Pure Flix Entertainment, Andrea’s playmate past was far from the pure lifestyle she leads today.

The 39-year-old recently opened up to Fox Radio News about her journey from hopelessness in Hollywood to fulfillment in Christ that she details in her new book, Perfectly Unfinished.

The Chicago-area native was raised in a dysfunctional family, and it wasn’t until later on in adulthood that she realized how much she felt the need to carry the burden of her family as a child. The star of “Moms’ Night Out” explains that growing up in a broken home left her with a gaping void that she eventually looked to an eating disorder and Hollywood to fill.

Oddly enough, once the aspiring model and actress moved to Hollywood, God used Hugh Hefner to start breaking her out of her destructive eating disorder.

“Funny enough though, looking back, Hef was always kind of a father figure in my life,” says Andrea. “I would go to their weekly dinners, and I was very thin at the time. I was dealing with relapsing in and out of anorexia, and so he would sit next to me and say, ‘If you wanna pose for Playboy, you need to eat your dinner.’”

Albeit a twisted motive to pose in a risque magazine, the young model felt a sort of fatherly love in Hef’s concern for her that she never experienced at home.

In fact, when she first started taking an interest in God, the Playboy mogul himself got her a limo to attend church. 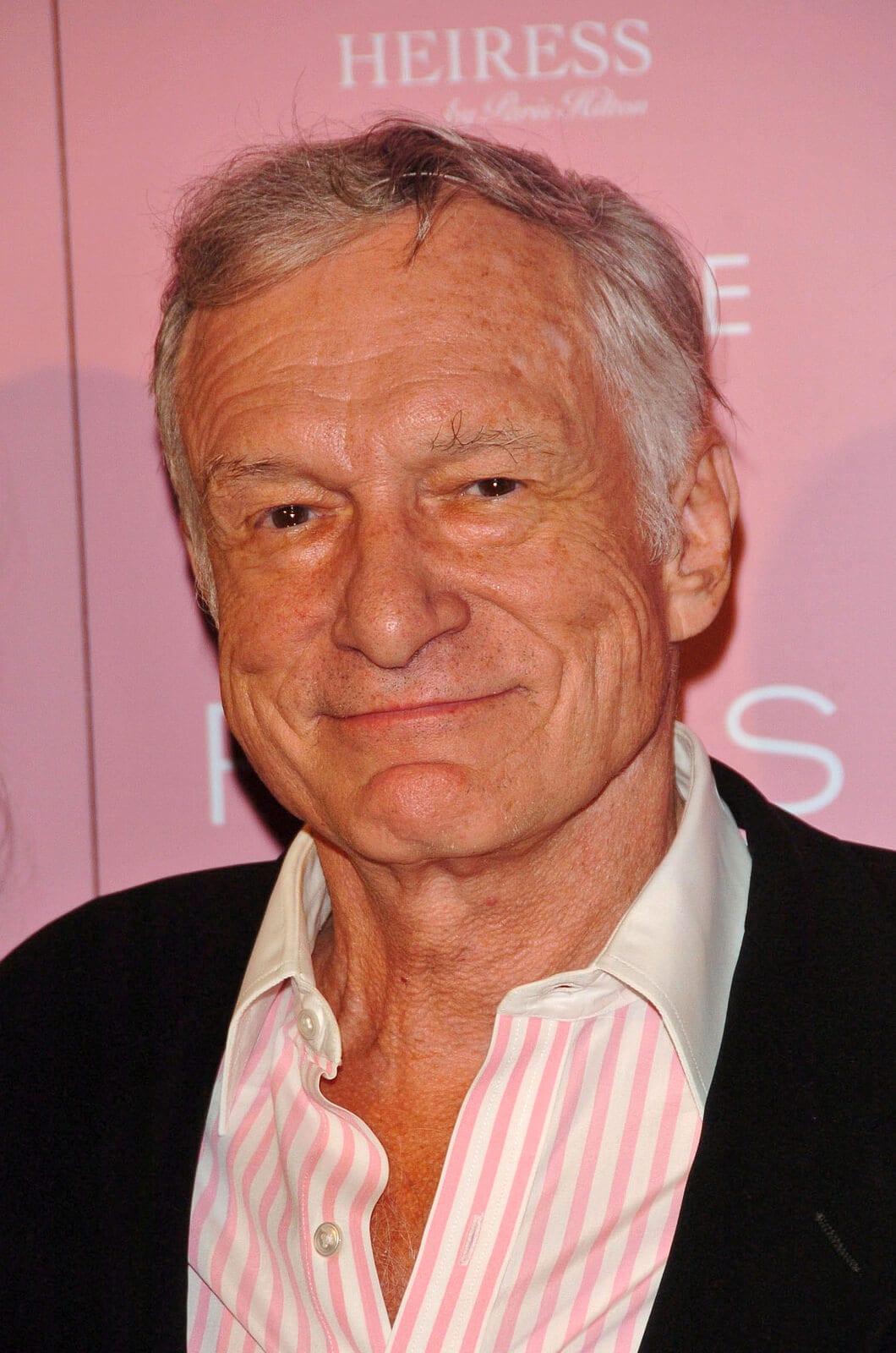 Andrea knows many may judge her for commending Hugh Hefner in any regard per his reputation, but her response is just about as Jesus as it gets: “I love sinners.”

It was strangely a mix of Hef’s ‘fatherly’ ways and his twisted career of exploiting women that drove Andrea straight into the arms of God.

“Everybody was half-naked, [with] breast implants, [they were] aesthetically perfect,” she said of her experiences at the Playboy Mansion. “You see celebrities … playmates … that was my ‘normal’ because I walked into that; I did not have a faith then.”

It was this taste of the dark side of showbiz and the perversion of the industry that made Andrea more aware than ever that she needed a Savior to rescue her.

In the ’90s, God’s patient pursuit of her finally paid off. A driver who saw Andrea breaking down in her car suggested she tune into a Christian radio station. In what she can only describe as a “crazy answered prayer,” it was like God spoke to her straight through the car speakers.

“I turned the radio station on and it was a pastor repeating the words, ‘Jesus loves you.’ I just cried out to God,” says Andrea. “That was really a shift in my faith, and my life to start going on a better path.”

She completely turned her back on the perversion Hollywood roped her into, and now uses her passion for film to create positive messages of encouragement and hope with producer-husband David A.R. White.

The wildly successful couple not only launched the Christian film studio Pure Flix, but also produced “God’s Not Dead,” the highest-grossing independent faith film of 2014, just to highlight a couple of their Kingdom accomplishments.

And Andrea’s amazing redemption story certainly doesn’t end there. Find out more about her faith-filled path from approval-addicted perfectionist to a Perfectly Unfinished daughter of the King in her new book today.