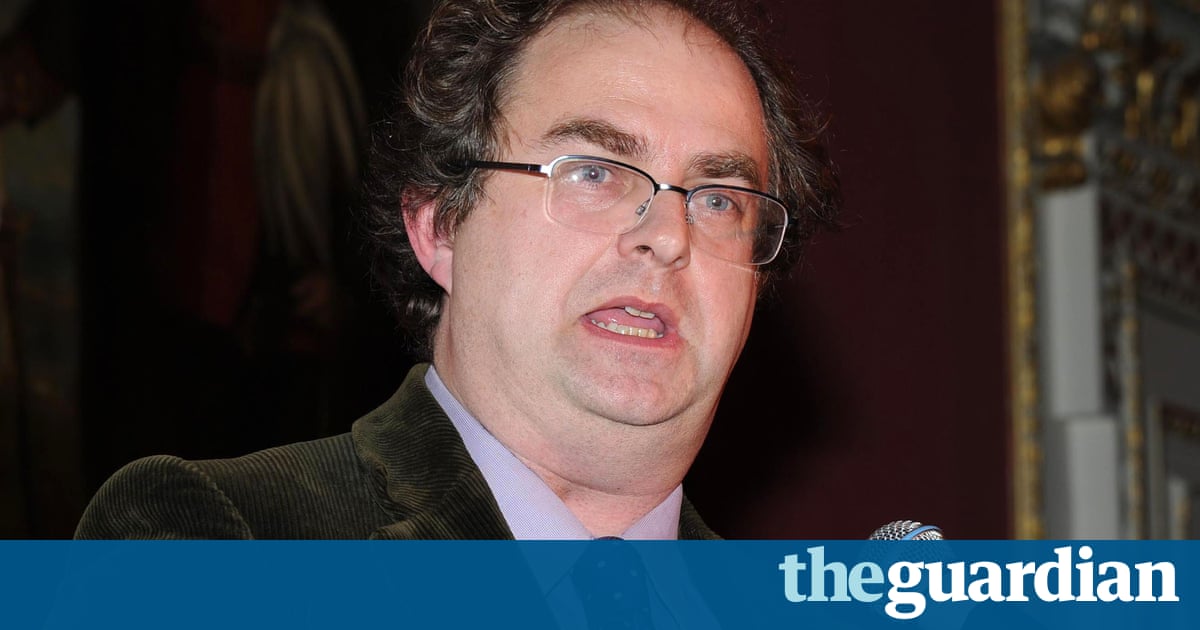 William Shakespeare was in fact Edward de Vere, the 17th Earl of Oxford, and is buried in Westminster Abbey, not the Holy Trinity Church in Stratford-upon-Avon, according to a scholar who is the grandson of the novelist Evelyn Waugh.

Alexander Waugh says he has deciphered encryptions in the title and dedication pages of Aspleys edition of Shakespeares sonnets of 1609 that reveal the bards final resting place.

He will present his evidence at a conference at the Globe theatre in London on Sunday, where the audience will include the actors Sir Derek Jacobi and Mark Rylance, who are fellow anti-Stratfordians – long-standing doubters that Shakespeare wrote the plays and poetry that bear his name, and whose preferred authorship candidates include De Vere.

Waugh said he would show hidden geometries, grid patterns and other clues which reveal that Shakespeares final resting place is underneath his 1740 monument in Poets Corner at Westminster Abbey and that they spell out the words Edward de Vere lies here.

He said he had finally decoded the mysterious dedication to the sonnets. Stratfordians and anti-Stratfordians have said that this dedication page must be encrypted, because it doesnt seem to make any sense. Its got those funny dots all over the place and theres something very weird about it. Ive finally cracked it.

The title page and dedication page have encrypted in them the exact church, the exact part of that church and the exact spot where Shakespeare is buried. Its like an old-fashioned treasure island map. You overlay the title page on to a ground plan of Poets Corner and it just points to exactly where hes buried. Its just phenomenal.

The dot marking the burial place on the title page landed on the exact spot where, in 1740, the famous monument to Shakespeare was erected by Alexander Pope and Lord Burlington, a direct descendant of Oxfords sister, Mary Vere. It strongly implies that the people who put that statue there in 1740 knew damned well that he was buried right underneath it.

Noting that the Church of St Peter isWestminster Abbeys correct title and that Poets Corner was known as South Cross aisle until the 19th century, Waugh said: At the Globe, I will show how the dedication, when rearranged like a crossword into a grid, reveals the message To the Westminster at South Cross Ile, St Peters, Edward de Vere Lies Here.

He laid out the text into an equal-letter spacing grid, a popular form of encryption in the 15th and 16th centuries looking for messages that appear in the vertical columns.

People have been trying to do this for ages. What I worked out was, dont just look in vertical columns for words going vertically downwards. Look for shapes. That changed everything The messages were in crosses, shapes and rebuses.

Waugh was led to the encryptions by what he describes as a riddle in the Shakespeare monument in Stratford. He argues that it alludes to Shakespeares burial alongside Beaumont, Chaucer and Spenser, who are buried in precisely that order in Poets Corner.

The sonnets dedication, like the text on the Shakespeare monument, is gibberish until one deciphers its hidden messages, he said.

So theres always been this thought that he was reinterred in Westminster. I went to the Westminster Abbey archives. They said, if anyones reinterred, we dont have a record of it.

Waugh added that the Stratfordians would have loved this discovery. But it tells you that its De Vere, so theyre going to hate it.

Since the 1850s, dozens of candidates have been suggested as the likely author of Shakespeares writings. In 2013, leading academics contributed to a major publication,Shakespeare Beyond Doubt, to prove he really did write his own plays and poems, apart from his collaborations.

Its co-editor, Paul Edmondson, an expert from the educational charity Shakespeare Birthplace Trust, said: These theories just seem to get more and more fantastic and take us into the realms of science fiction and fantasy novels. This has always been part of the fascination of those who are seeking to disprove authenticated history.