The spread of rightwing blogs, claiming the shooter was an anti-Trump liberal, on to mainstream platforms is the latest example of hyper-partisan trolling after a tragedy 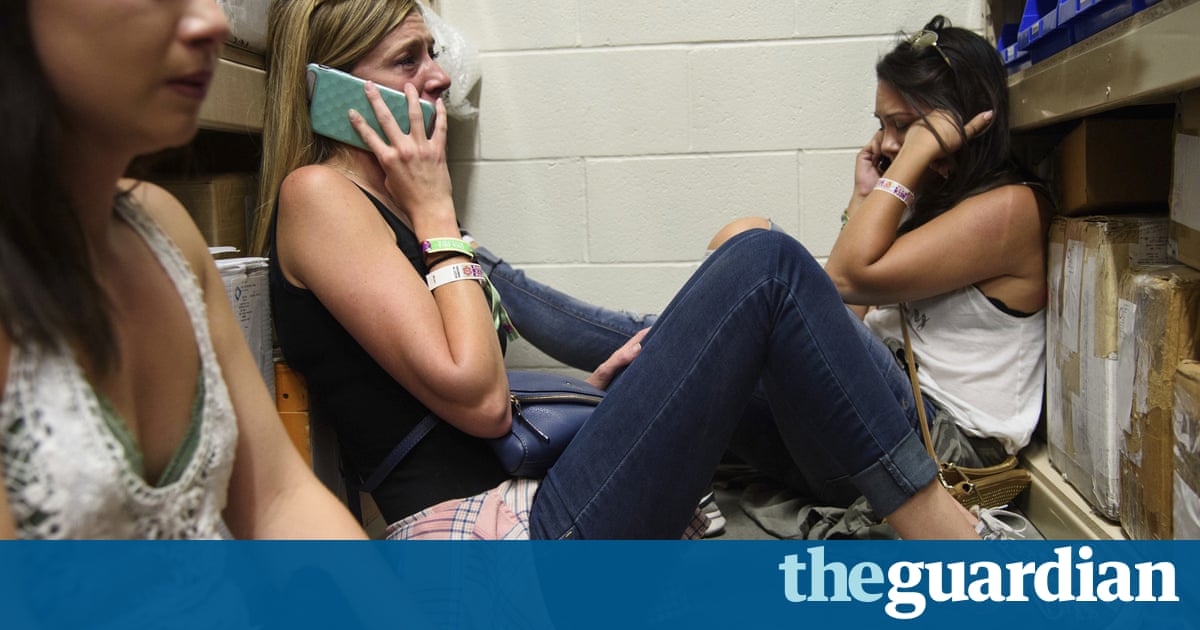 Facebook and Google promoted false news stories claiming that the shooter who killed more than 50 people in Las Vegas was a Democrat who opposed Donald Trump. The misidentification spread rapidly from dark corners of the internet to mainstream platforms just hours after hundreds were injured at a festival near the Mandalay Bay casino, the latest example of fake news polluting social media amid a breaking news story.

The flow of misinformation on Monday illustrated a particularly grim trend that has increasingly dominated viral online propaganda during US mass shootings hyper-partisan trolls battling to blame the tragedy on opposing political ideologies.

Police have identified Stephen Paddock as the suspect who opened fire from a high-rise hotel room, killing scores and injuring hundreds more. But before authorities named the 64-year-old Nevada man, some on the far right falsely identified the man behind the deadliest mass shooting in modern US history as Geary Danley. Its unclear where exactly the hoax originated, but rightwing users aggressively promoted his name, seizing on evidence that he was a liberal.

On 4chan, the anonymous message board and a favorite platform of the alt-right, some noted that Danley was a registered Democrat. Soon after, Gateway Pundit, a conspiracy-laden blog that earned White House credentials under Trump, published an evidence-free story headlined, Las Vegas Shooter Reportedly a Democrat Who Liked Rachel Maddow, MoveOn.org and Associated with Anti-Trump Army. The piece was based on a review of Facebook likes.

Despite the fact that the claims were unproven and coming from non-credible sources, Facebooks Safety Check page, which is supposed to help people connect with loved ones during the crisis, ended up briefly promoting a story that said the shooter had Trump-hating views, along with links to a number of other hoaxes and scams, according to screenshots. At the same time, Google users who searched Geary Danleys name were at one point directed to the 4chan thread filled with false claims.

The rightwing users successful manipulation of social media algorithms to politicize a tragedy speaks to a relatively new pattern of online abuse. While users of Twitter and Reddit memorably misidentified the suspect behind the Boston marathon bombing in 2013, fake news during global tragedies and terrorist attacks over the last year has increasingly gone beyond careless reporting and retweeting to overt exploitation and targeted disinformation campaigns.

Its getting more polarized. Theres this mad scramble to paint the guy as a Democrat or a Republican, so they can cheer, Brooke Binkowski, managing editor of fact-checking website Snopes.com, said in an interview. A lot of this is pushed by trolls deliberately to muddy the conversation.

False content can quickly move from social media to legitimate news sources, she added: People are putting out crap information on purpose Its really easy to get shit into the news cycle by being on Twitter.

While authorities have struggled to identify the possible motives of Paddock, the suspect who police believe killed himself, some far-right users and conspiracy theorists have, without any proof, attempted to link him to anti-fascist groups and the leftist Antifa movement. Infowars, the hyper-partisan site known for propaganda, claimed on Monday that Paddock was found with antifa literature. At the same time, a sham Facebook page pretending to be Antifa claimed responsibility for the attack, saying the goal of the shooter was to murder Trump supporting fascist dogs.

A YouTube user also pushed an unsubstantiated rumor that the suspect was a Hillary Clinton supporter.

On the flipside, some conservatives on Twitter have theorized that leftwing social media users have attempted to falsely paint Paddock as a rightwing individual. Some have speculated that liberals are posing as white nationalists and Trump supporters and following a Twitter account that has the same name as the suspect, in hopes of proving he is a conservative.

In reality, the suspect had no known affiliations that could explain the massacre, according to one of his brothers, who spoke out on Monday.