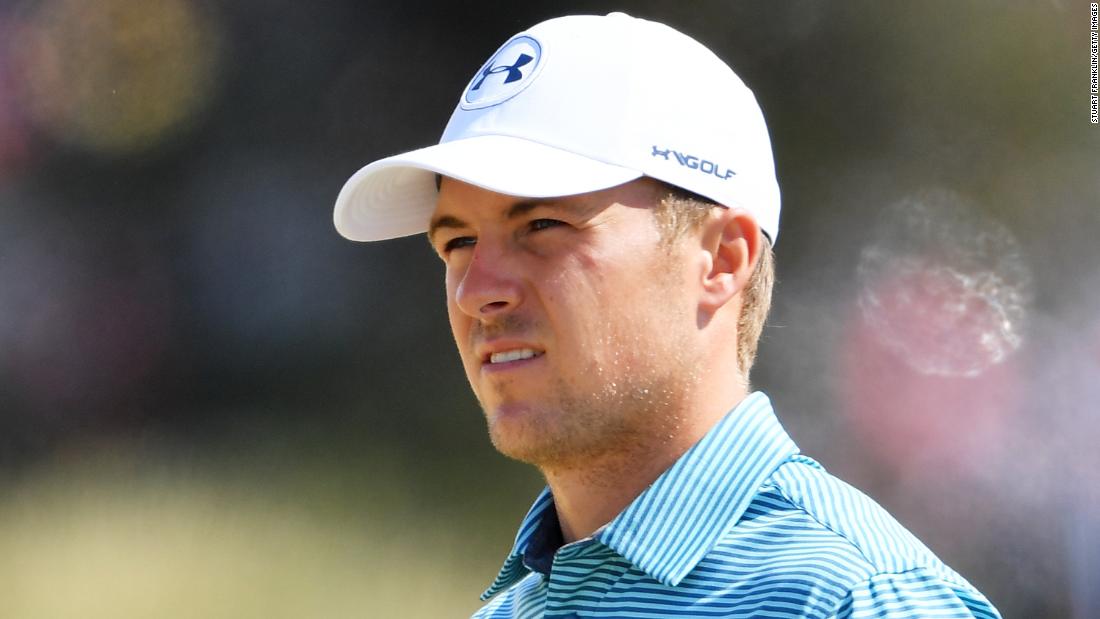 Follow @cnnsport
When Spieth added the US Open title two months later — the youngest winner since the great amateur Bobby Jones in 1923 — it looked like a solid forecast.
Now, ahead of his second shot at clinching the career grand slam of all four major titles at this week’s US PGA at Bellerive, it seems the headline was both sort of right and sort of wrong.
Right, in the sense that having just turned 25, the US PGA title this week would make him the second youngest player after Woods — and only the sixth in history — to achieve the feat. And if not this year, he will have plenty of other chances and could amass more major titles along the way.
“This tournament will always be circled until hopefully I win it one day,” Spieth told reporters at Bellerive. “It’s a lifelong goal.”
Wrong, in that an “era” arguably suggests a period of domination, and despite the plaudits for his play and demeanour during that breakthrough Masters win — fellow Texan and two-time Masters champion Ben Crenshaw said Spieth was “way mature beyond his years” — the Woods-esque domination hasn’t quite yet occurred.
Spieth’s stellar 2015 — he was also one shot out of a playoff for the British Open, finished second at the US PGA, became world No.1 for the first time and won the season-long Fed Ex Cup crown — did indeed suggest the dawning of a once-in-a-generation golfer.
And when he added the British Open at Royal Birkdale last year he became the second youngest player after Jack Nicklaus to win three different majors before his 24th birthday.
Only Woods, Nicklaus, Gary Player, Ben Hogan and Gene Sarazen have achieved the career grand slam. Golf legends, all.
READ: The guru teaching golfers to be ‘assassins’
READ: Spieth, McIlroy, Mickelson in race for grand slam

His wild tee shot on the 13th hole in the final round, and his subsequent 30-minute-plus deliberations of where to drop his ball before settling on a spot on the nearby driving range, brought a distressing feeling of déjà vu after his infamous Masters meltdown in 2016.
Then, nine holes from winning back-to-back greens jackets having led from start to finish, he imploded with a horror sequence highlighted by a triple-bogey seven via the water of Rae’s Creek on the short 13th.
He fought back to finish second, but he admits the collapse “haunted” him for a long time. And it did enter his thoughts during those frantic minutes at Birkdale, he says.
But instead, he kept his head and romped to victory over Matt Kuchar in such scintillating fashion — finishing birdie, eagle, birdie, birdie, par — as to suggest he does have something extra.
That Open title was the validation he needed for those back-to-back major wins in 2015, he says.
“I felt like I had something I had to prove to other people with last year’s Open and to myself,” he told reporters at the Open at Carnoustie in July.
READ: Why Rory McIlroy is a true Holywood star 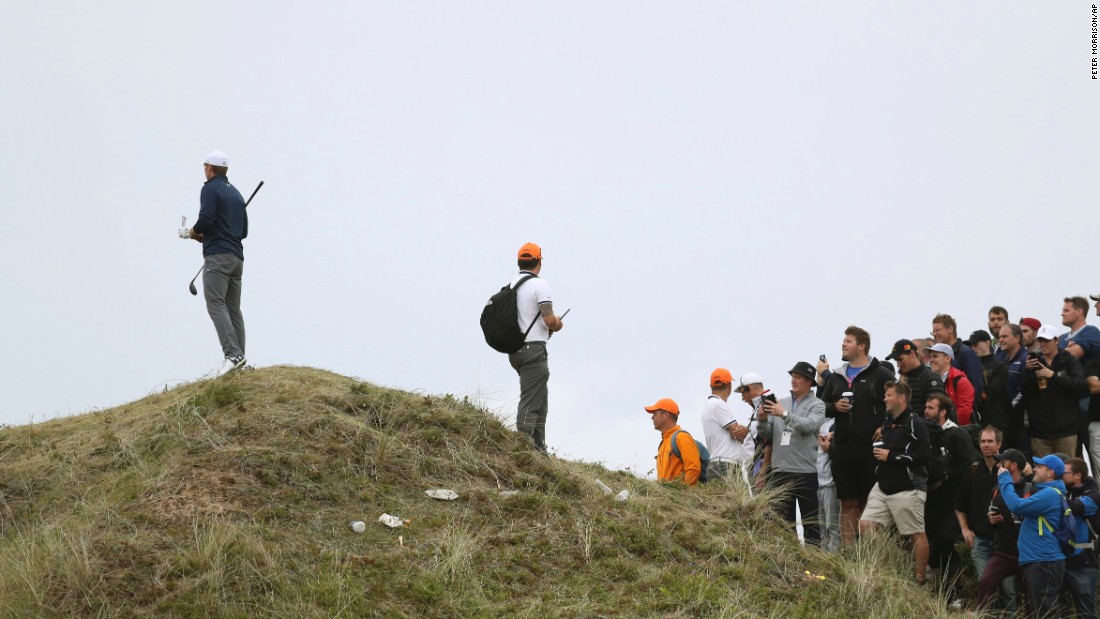 But that Claret Jug was the last of Spieth’s 11 Tour titles since clinching his first in his rookie season of 2013.
Since then the dead-eye putting stroke has deserted him and the doubts have crept in.
There have been high spots — the first-round lead at the Masters and a blistering 64 to finish third in April — and disappointments, such as a closing 76 to squander a share of the 54-hole lead at this year’s Open.
He said recently of the 2016 Masters: “I let it tear me down a little bit. I kind of lost a little bit of my own freedom, thoughts on who I am as a person and as a golfer.” 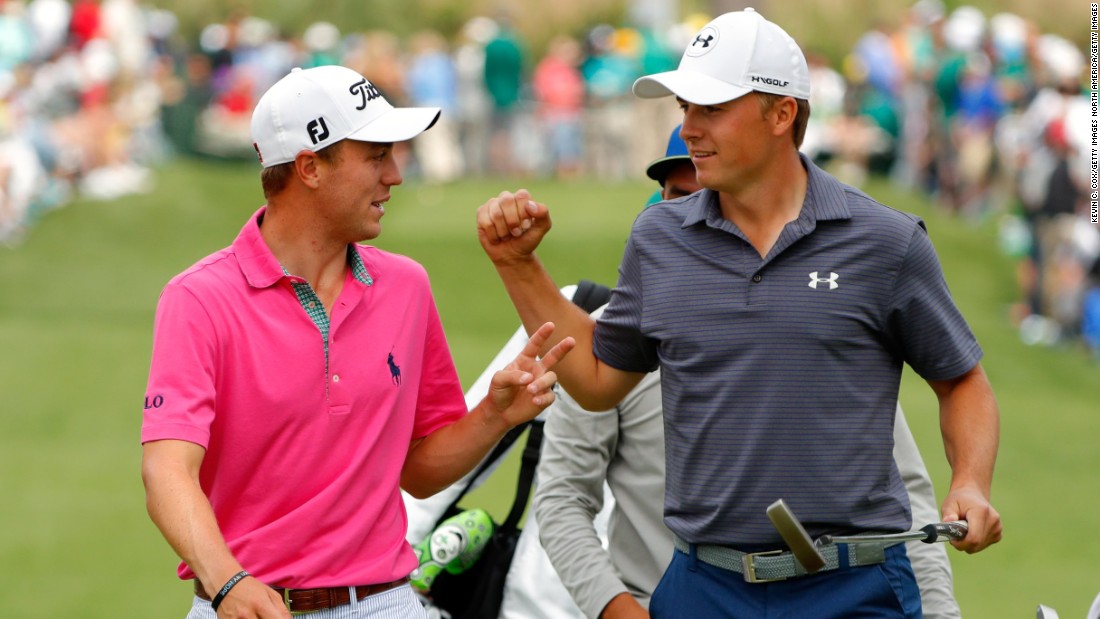 Spieth grew up in Dallas, learning his golf at Brookhaven Country Club, and graduated from Jesuit College Preparatory School in 2011, the same year he represented the US in the amateur Walker Cup.
He played college golf at the University of Texas, but turned pro at the age of 19 halfway through his sophomore year. By then he had already played in a couple of professional events.
The first came after he wrote a polite and eloquent letter asking organizers of his hometown Byron Nelson Classic for a sponsor’s exemption for 2010. He got it — the event’s first amateur exemption since 1995 — and finished tied 16th.
The contents of the letter — recently released by the PGA Tour — shine a light on Spieth’s upbringing as a well-mannered, humble, religious all-American kid.
When he won the Masters the wider world became aware of how his younger sister Ellie, who has a neurological disorder and is on the autistic spectrum, keeps him grounded.
“She’s the funniest member of our family,” he told reporters at Augusta. “I love spending time with her. It’s humbling to see her and her friends and the struggles they go through each day that we take for granted.”
READ: Why Phil “the Thrill” Mickelson has always been box office

Spieth nearly became the youngest ever Masters winner when he finished as runner-up to Bubba Watson on his debut in 2014, and the following year Crenshaw — or Mr. Crenshaw as Spieth deferred to him — spoke of his “maturity” and “competitive fire.”
“When I first met him, I tell you, I’ll never forget it,” said Crenshaw. “I looked right at him and he looked at me and I thought I was looking at Wyatt Earp. He just had that look about him, just wonderful.”
“When it comes to a major, he’s a bloodhound, he sniffs his way into contention,” said host Gary Williams on Golf Channel’s Morning Drive show. 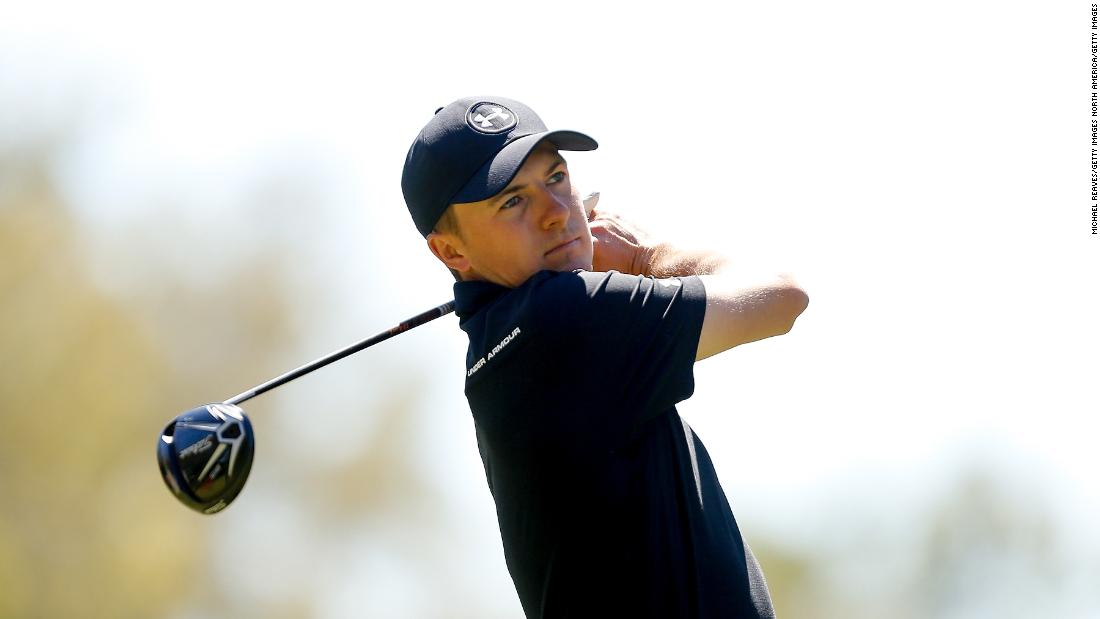 Jordan Spieth tees it up with Lorena Ochoa

But Spieth is no ice-cold, one-dimensional, cloistered, self-obsessed athlete.
He has an idiosyncratic swing that’s not a powerful as some — he has been coached since he was 12 by Australian Cameron McCormick — and talks constantly to both his ball and his caddie Michael Greller, a former math teacher.
And as a twenty something he’s not immune to quirky moments, such as celebrating his Masters win at Chick-fil-A in Augusta, or getting a radical haircut in Carnoustie on the third morning of the Open.

Spieth is part of a new breed of young guns on Tour who have been tight since their junior golf days, notably with current world No.2 Justin Thomas.
He has been on regular vacations with Thomas, Rickie Fowler and Kaufman — broadcasting their antics on social media as befits their age.
And despite the riches at the top of the game — Spieth’s already won more than $37.5 million on the PGA Tour alone — he has shared a “frat house” with a crew of fellow American players for the last few years at the British Open.
A bit like stock markets being viewed over the long term to smooth out the peaks and troughs, so Spieth’s career is a work in progress.
Even the great Jack Nicklaus had 19 runners-up spots alongside his record 18 majors, the last of which came at the age of 46.
Visit CNN.com/golf for more news, features and videos
“You put yourself in position enough, it will go your way sometimes,” he said at Bellerive.
By Sunday night Spieth could be only the sixth winner of the career slam — at the age of 25.
The Spieth era is now. Time will tell how great it is.

How to stream Hulu’s ‘The Act’ for free

Feline Fails of the Month – Video