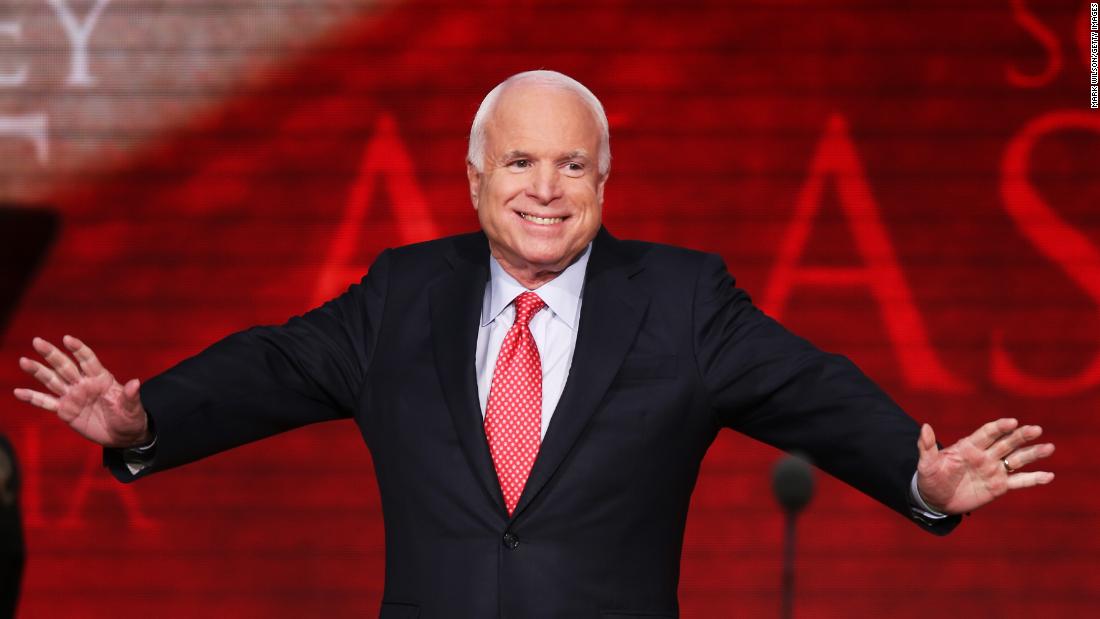 Washington (CNN)As the nation mourns the death of Sen. John McCain, friends and colleagues of the Arizona Republican are remembering the life of the man who made a lasting impact on so many.

His death prompted an outpouring of reminiscences, including lighthearted stories from even his sometime political foes, with many calling him a patriot as well as a politician who will be remembered for his integrity.

‘An emotional thing for John’

Former Republican Sen. Bob Dole, a veteran like McCain who served for more than a decade in the Senate as majority leader, shared his favorite memory of McCain with anchor Ana Cabrera on “CNN Newsroom.”
“I wore John’s POW bracelet for a number of years,” Dole said. “And one day in the Senate, I decided to let John know, and so we got off in a corner, and I extended my arm, and on my wrist was a John McCain POW bracelet. It was kind of an emotional thing for John.”
McCain was a prisoner of war for more than five years after his plane was shot down in North Vietnam. The injuries he sustained in the war left him permanently incapable of raising his arms above his shoulders.
“He was my friend,” Dole said. “And, you know, what do you say about a man like John McCain?”

Funny in the ‘weirdest’ ways

McCain’s longtime friend, Republican Sen. Lindsey Graham, recalled McCain’s humor in an interview with CNN’s Dana Bash.
“You know, he is funny in the weirdest kind of ways,” Graham said. “You know, I’m not a big reader. He is. But I might as well be because he reads the entire book to me.”
When asked to clarify if McCain would actually read the books out loud, the South Carolina senator replied: “Yes, reads it loud. … You know, ‘What you do think about that?’ I said, ‘Well, I think if I liked that book I would have bought it.’ But John has a very sarcastic sense of humor that took him through some pretty dark times, but he’s a funny guy.”
“You know, he can be tough,” Graham added. “He is a politician like the rest of us. But the one thing I always believed about John, if I really needed him, he would be there. When he joins the fight, he sticks to the bitter end. There is no changing sides.”

McCain’s fellow Republican senator from Arizona, Jeff Flake, shared advice McCain gave him after Flake was elected to the House and was being criticized in his home state for his stances on reducing spending and earmarks.
Flake recalled the two traveling back to Arizona together, when McCain approached Flake with “a stern look on his face.”
“I was like, ‘What’d I do? What’d I do?'” Flake said. “And he put his finger in my chest and said, ‘Don’t back down.’ He said, ‘Don’t back down, you’re in the right, they’ll come around. They’ll come around. Stick to it.’ And that was … really nice of him to do. And I did stick to it. And they came around.”

‘This joy for his work’

Democratic Sen. Amy Klobuchar of Minnesota said McCain’s love for his country was “unmatched.”
“While he never made it to the presidency, in the Senate he was the leader that would see a hot spot in the world and decide we need to go there and stand up for that democracy,” Klobuchar said.
She added: “He went every place — every place that no one else would go — to stand up for America, and in that way, he was a leader like no other. But I think part of the moment that people don’t always realize about him was just this humor he had, this joy for his work, and that’s anyone that worked with him experienced that. So, yes, it’s about patriotism, but it’s also about personal friendship.”

Hillary Clinton recalled stories of her and McCain’s travels together — including one time when the two drank vodka shots together.
“Well, our most famous experience with vodka shots was in Tallinn, Estonia, and of course we were there because John understood that Estonia was right on the front lines with Russia, and although we all hope that Russia would be a good partner, we had reason to be concerned,” Clinton told Bash. “So we spent a memorable night in a hotel right on the old square in Tallinn doing vodka shots.”
When asked whose idea that was, Clinton said it was “a mutually agreed-upon venture.”
“We used to say what happens in Tallinn stays in Tallinn,” she said.

Members of the media also shared their memories of their interactions with Arizona’s senior senator.
CNN’s Manu Raju tweeted about an instance when McCain’s humor shined; while Raju was on live television, McCain came up behind him and gave him horns with his fingers, later calling it “revenge” in a Twitter post.
“McCain loved this moment when he gave me the devil horns on live TV – he especially loved his tweet about this episode, which he said may have been his most retweeted tweet,” Raju wrote on Twitter.

‘A chasm in the public square’

CNN’s Jake Tapper, who covered McCain for many years, also reflected on the senator and Vietnam War veteran’s life on CNN’s “State of the Union.”
“Unlike other politicians who never admit error or even imperfection, McCain was all too aware of his and was usually the first to raise them. And yet, there was always, with the senator, standing there, defiant, the reality of his past, of what he did as a prisoner of war,” Tapper said, a reference to McCain’s refusal to be released by his North Vietnamese captors unless the soldiers taken captive before him also were freed. 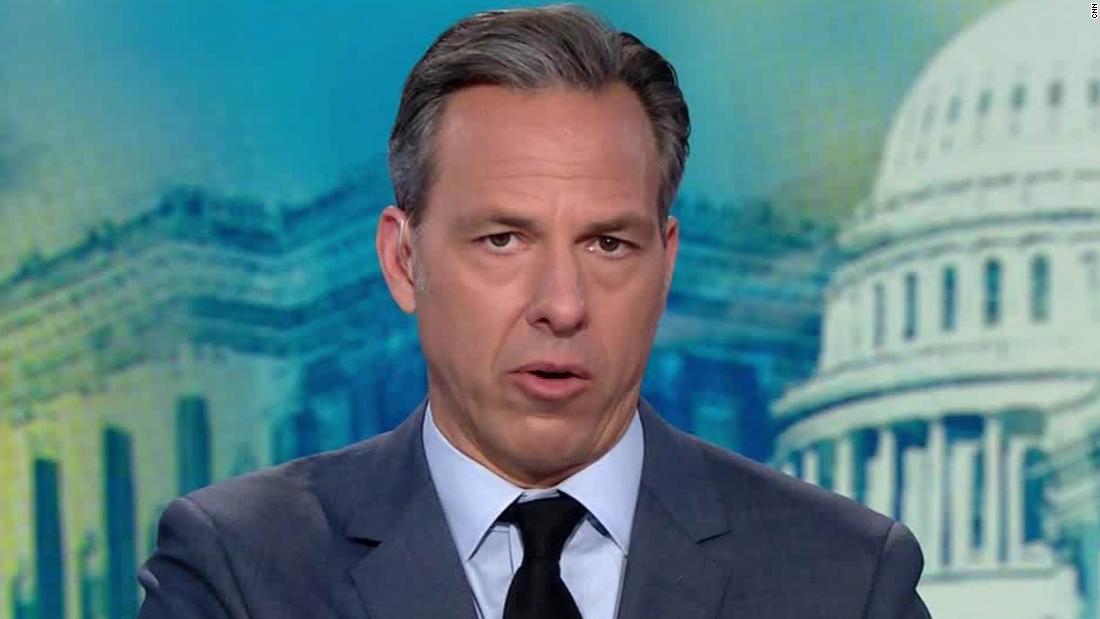 “[A]nd as we say goodbye to Senator McCain this week, many of us feel as if we have lost something other than just a man,” Tapper said. “That may be not only because he tried to encourage us all to serve a cause greater than ourselves, it may be because he never stopped trying to be a better man. He never stopped trying to become the man he wanted to be. ‘We’re all afraid of something …’ McCain wrote in his book ‘Why Courage Matters.’ ‘Don’t let the sensation of fear convince you that you’re too weak to have courage. Fear is the opportunity for courage, not proof of cowardice. No one is born a coward. We were meant to love. And we were meant to have the courage for it. So be brave. The rest is easy.’
“We’re in an era right now of lies and indecency, of tribalism and nastiness, and in this era, we lost someone who tried — tried — to embody the opposite of those vicious impulses,” Tapper said. “His loss leaves a chasm in the public square.”

This Spider-Man dancing to Take On Me is perfect

TV Time debuts an analytics platform for the streaming era