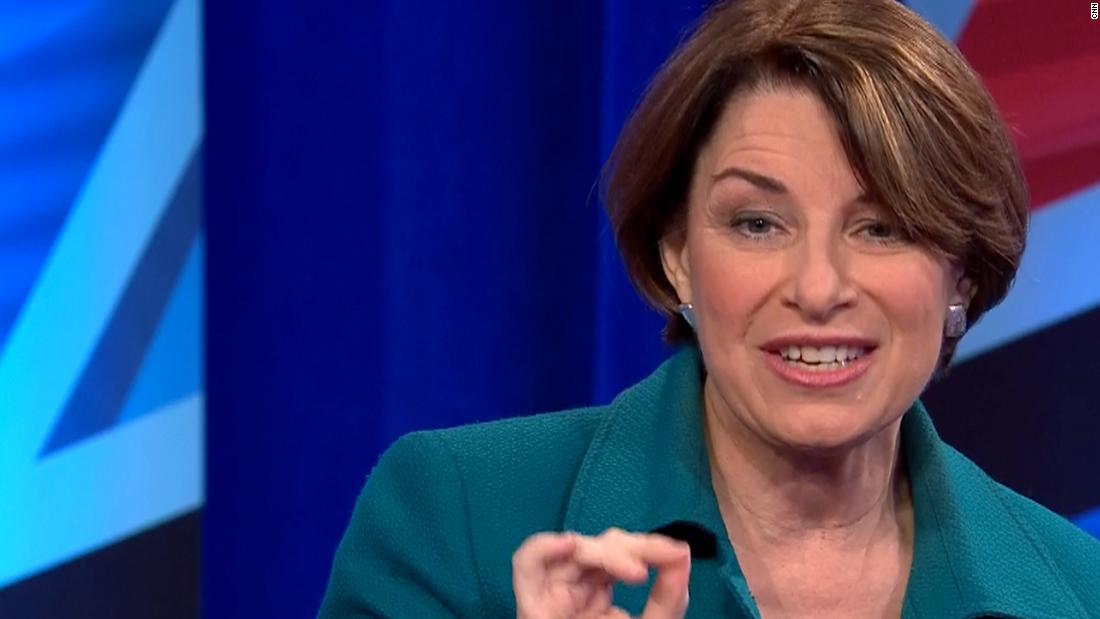 (CNN)It was midway through George W. Bush’s first term and the Senate Majority Leader, Tom Daschle, was being hammered for being an obstructionist. More specifically, he was being accused of using the power of the Senate to thwart the will of the President. As luck would have it, or perhaps a bit of strategy, Daschle agreed to be the Democratic speaker at the Gridiron Dinner. 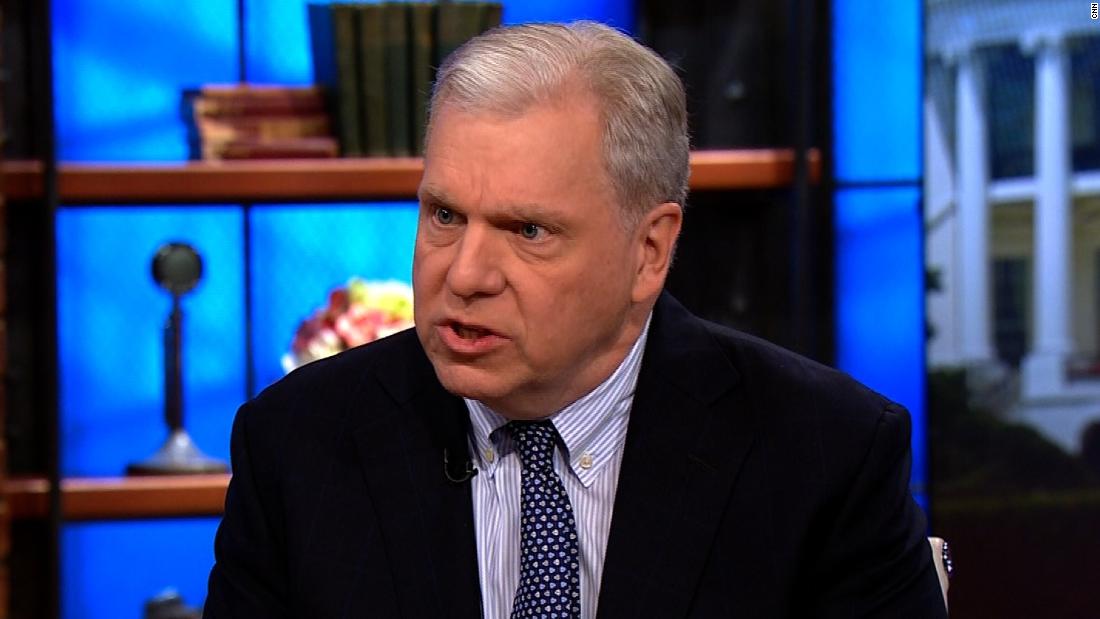 Not Hollywood material, but it worked — and with the audience that matters. Issues like Daschle’s political obstructionism and, more recently, Senator Amy Klobuchar’s alleged abusive-boss mannerisms only matter if Washington insiders think they matter. And if enough of them do, eventually voters could think they are important issues, too.
Increasingly, politicians have used self-deprecating humor to defang what are or could become thorny issues for them. And every year, at the Gridiron Dinner or the White House Correspondents Dinner, politicians try to be funny at their own expense for this very reason.
As John Harris, the editor of Politico and a keen observer to the sometimes-weird idiosyncrasies of Washington culture, wrote this week, “It is an age-old Washington challenge — how to preempt attacks on a point of personal vulnerability.”
On Klobuchar’s challenge Saturday night, Harris wrote she must “simultaneously acknowledge her reputation and, with the right mix of humor and humility, drain it of toxicity.”
Klobuchar cleared the bar on Saturday with lines like, “So when Jerry [Seib, Gridiron President] called me about tonight, he asked, ‘Do you need a microphone, or do you just prefer to yell at everyone?”’ And in reference to the salad being served, she quipped, “I thought it was OK, but it needed just a bit of scalp oil and a pinch of dandruff, would be a little better.” (The New York Times reported she had once eaten a salad with a comb after a staff member failed to remember to grab her a fork before a flight.) 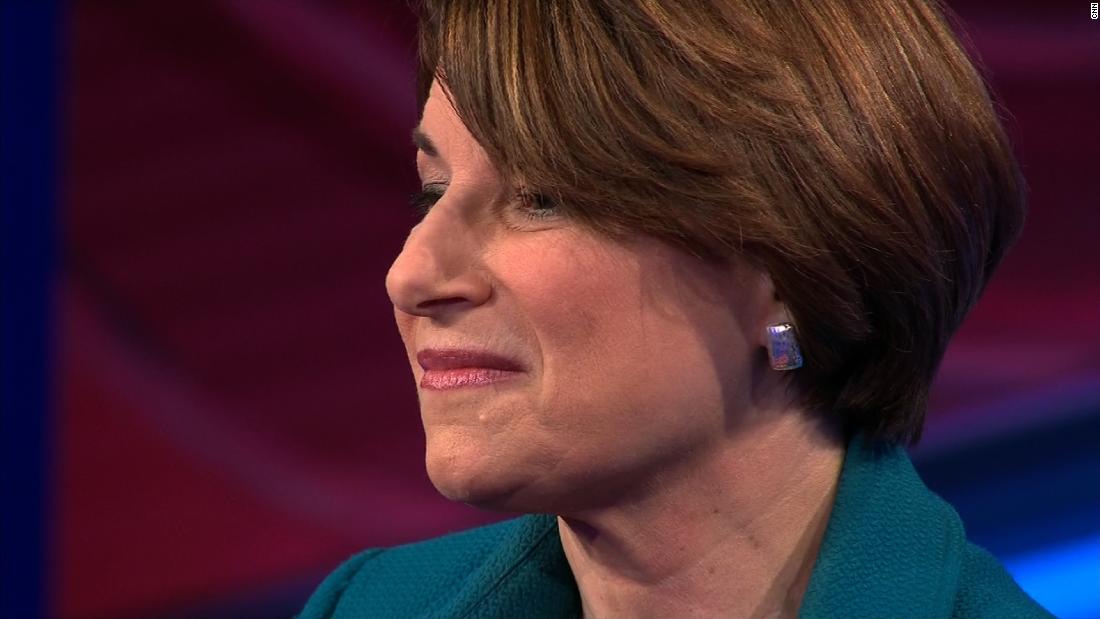 Klobuchar: Have I pushed people too hard? Yes.

In the room of ultimate political insiders, Klobuchar’s jokes landed well and some of the rougher edges of her reputation were smoothed over.

There is a long, if recent history, of politicians, including presidents, using humor to make political points. President Barack Obama was a master of political needling, although some say his humiliation of Donald Trump at the 2011 White House Correspondents Dinner led Trump to start thinking about running for President.
George W. Bush was a master of making fun of himself. And he had plenty of material, given his propensity for verbal traffic wrecks. He humanized himself in front of the critical Washington elites by overtly saying he was in on the whole joke — and he, too, thought it was funny.
Nonetheless, these speeches are a high-wire act for any politician. There is nothing worse for an elected official than not being funny — at least when they’re trying to be. For anyone putting these speeches together, the first call is almost always to professional comedians. But the professionals rarely make the final cut because they don’t understand Washington humor. Generally, Washington jokes work best for an inside-the-Beltway audience.
So, it’s left to the speechwriters, a very serious group, and the politician’s professional staff to try to be funny.
My experience is primarily with former President Clinton, who presented a bit of a challenge. He was a natural storyteller with great comedic instincts and timing. But he didn’t get most of the insider jokes.
For practice sessions, we would stack the room with those with the loudest laughs. He said, “Are you sure this is going to work?” We could only tell him, “trust us, Mr. President, it’s funny.” 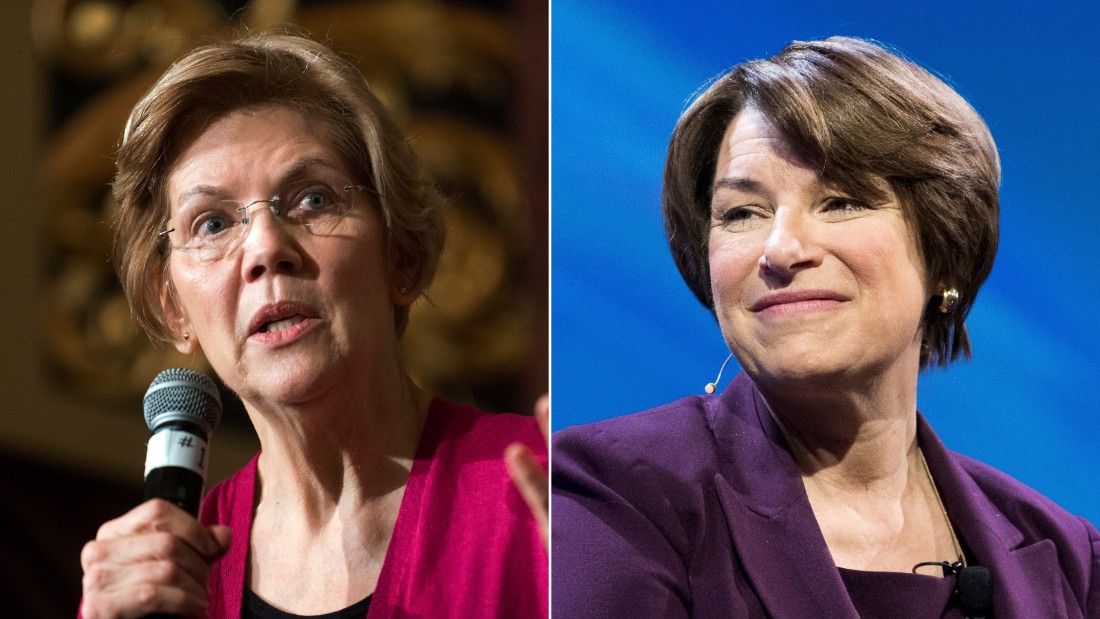 Our most high-wire act with President Clinton occurred when we had to make a video of his final days in office. As background, the cast of “The West Wing” invited me out to Los Angeles to shoot a spoof video to be played at the Correspondents Dinner.
On the way home, I realized we had a problem — this video was going to be funny, but it couldn’t be funnier than the President or I’d lose my job.
Our solution was to have the White House press staff make a video that was even funnier. For background, Clinton was in the last year of his presidency. Al Gore was running for President and Hillary Clinton was running for Senate in New York. The press was making a big deal about how it must feel to be so isolated and alone in the White House.
My original idea was to work with “The Sopranos” cast and have President Clinton talk to Dr. Jennifer Melfi, the mobster psychiatrist, about his isolation. As funny as that might have been, the idea of the President talking to a mobster’s shrink was a bridge to far. Maybe not so much now, but it was then.
My colleague Joel Johnson, then a senior adviser to the President, had a much better idea — we’d do our own version of “Home Alone.” We shot the video of the President alone in the White House out of order and in two one-hour sessions. The President trusted us and delivered everything on the first take, even as he mused out loud he didn’t understand what was funny about it.
Due to some technical problems, the video was not finished until about five minutes before we were scheduled to leave the White House. We gathered the loudest laughers, crossed our fingers and hit play.
The President sat stone-faced through the first two minutes. In a stroke of blind luck, his wife walked in the room at that point. She started laughing quietly. About five minutes into it, she doubled over in laughter. President Clinton said, “Stop the tape. If Hillary thinks it’s funny, then it’s funny.” And we were off.

Getting back to last night: So yes, Klobuchar cleared the bar. And Republican Senator John Kennedy surprised no one by hitting it out of the park. Anyone who’s watched him on CNN knows he’s a funny guy.
The missed opportunity, in my opinion, was Ivanka Trump, who was filling in for her father. She was polite, but not particularly funny.

One of my colleagues, who has informally advised on these speeches in the past, told me she should have said:
She never would have done it, but it might have done her, and her father, a lot of good.