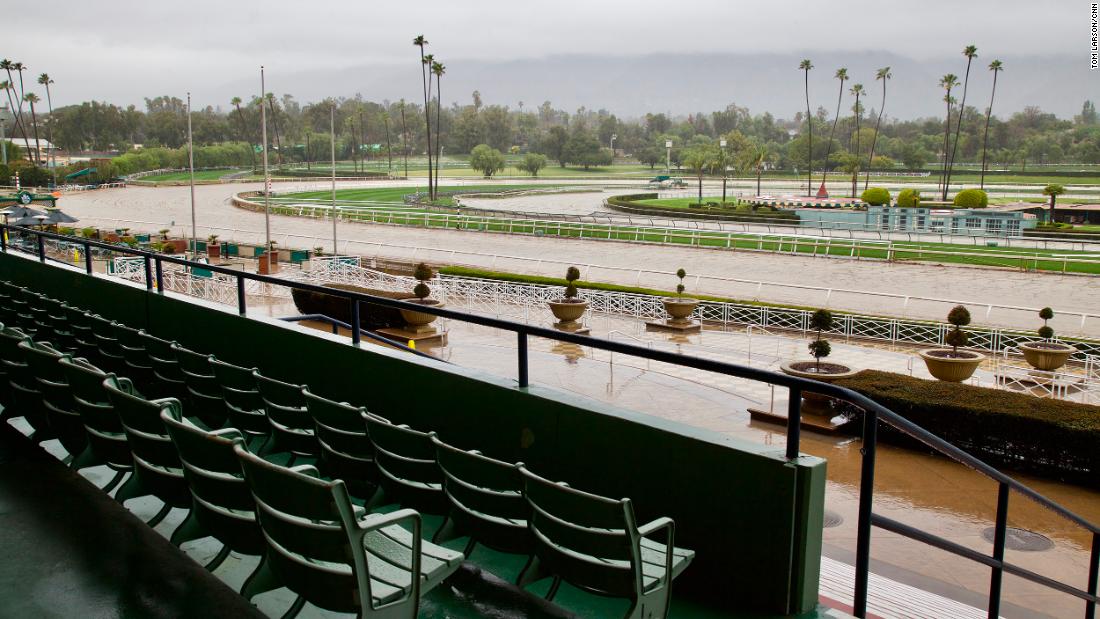 (CNN)All race day medications will be banned at Santa Anita Park, the group that owns the race track announced Thursday, after another horse suffered a fatal injury.

“We have all been devastated by the last few weeks,” said Tim Ritvo, chief operating officer of The Stronach Group, which owns Santa Anita Park in Arcadia, California. “It has made us all aware of the changes that have to be made.”
He said there would be “a complete transformation of our racetracks in California,” including the total ban of all medication on race day.
“We know firsthand that owners, trainers and jockeys love and care deeply for their horses. We, too, love the horses and we’re making these changes to put the health and welfare of the horse and rider first,” Ritvo said.
The Stronach Group also addressed the issue of the horse whip, saying that a gentler type, called a “cushion crop should only be used as a corrective safety measure.”
“While we firmly believe our jockeys have not purposely been mistreating their mounts, it is time to make this change,” according to its statement.
Other new mandates include requiring transparency of all veterinary records, increasing out-of-competition testing and the time required for horses to be on-site before a race.
PETA thanked Santa Anita Park for the changes and for “standing up to all the trainers, veterinarians, and owners who have used any means — from the whip to the hypodermic syringe — to force injured or unift horses to run.”
“This groundbreaking plan, which PETA has pushed for, will not bring back the 22 horses who have died recently, but it will prevent the deaths of many more and will set a new standard for racing that means less suffering for thoroughbreds at this track,” PETA said in a statement.
The new rules also apply to Golden Gate Fields, a horse racing track in Berkeley, California, which is also owned by the Stronach Group.

On Thursday, a horse at Santa Anita Park suffered a fatal injury after a half-mile workout, park spokesman Mike Willman said. The 3-year-old filly, Princess Lili “must have taken a funny step,” causing her to break two ankles, trainer and owner David Bernstein told CNN affiliate KTLA. She had to be euthanized, he told the station.
She “was doing extremely well,” and her rider noticed nothing odd about her performance, said Bernstein, who had raised the horse since she was born.
The 1-mile main track reopened Monday and remains open for limited training. 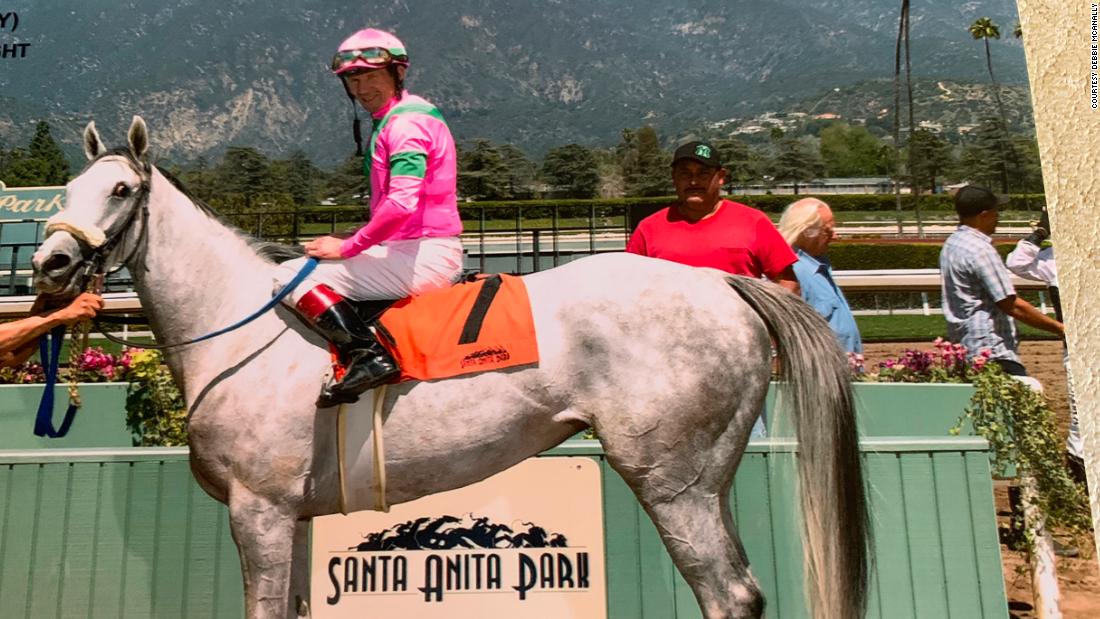 The park had closed March 5 for evaluation, and officials indefinitely suspended racing after Debbie McAnally’s horse became the 21st to die this season at Santa Anita. The 4-year-old filly was euthanized after shattering her front leg on a training run.
After reopening this week, the park said training at the track was “restricted to joggers and gallopers,” referring to gaits for horses.
“Over the past four days, we’ve been able to do a great deal in terms of amending the soil and inspecting it,” Dennis Moore said in a statement. Moore has been retained as a consultant to inspect the track’s condition.
The deaths have spurred numerous questions. Were drugs administered to the horses to blame? Were the horses running too hard?
Many people connected with Santa Anita Park, however, said they believe rain is a factor. Southern California has been having its wettest winter in almost a decade.
“The ground gets too soft,” said Jim Cassidy, president of the Thoroughbred Trainers Association.
He said the track was to blame for a catastrophic injury that led a horse he trained to be put down.
In preparation for storms, a sealant is used to keep the surface from washing away, but Cassidy claims that once the rain is over, the track “is too hard.”
Moore has been reviewing soil samples and test data from Mick Peterson, a third-party consultant and director of the University of Kentucky’s Agricultural Equine Programs, the park said.
Peterson is as perplexed as everyone, but, like Southern California drivers unaccustomed to driving in wet conditions, he suggests the trainers and track officials may be unaccustomed to dealing with so much inclement weather. 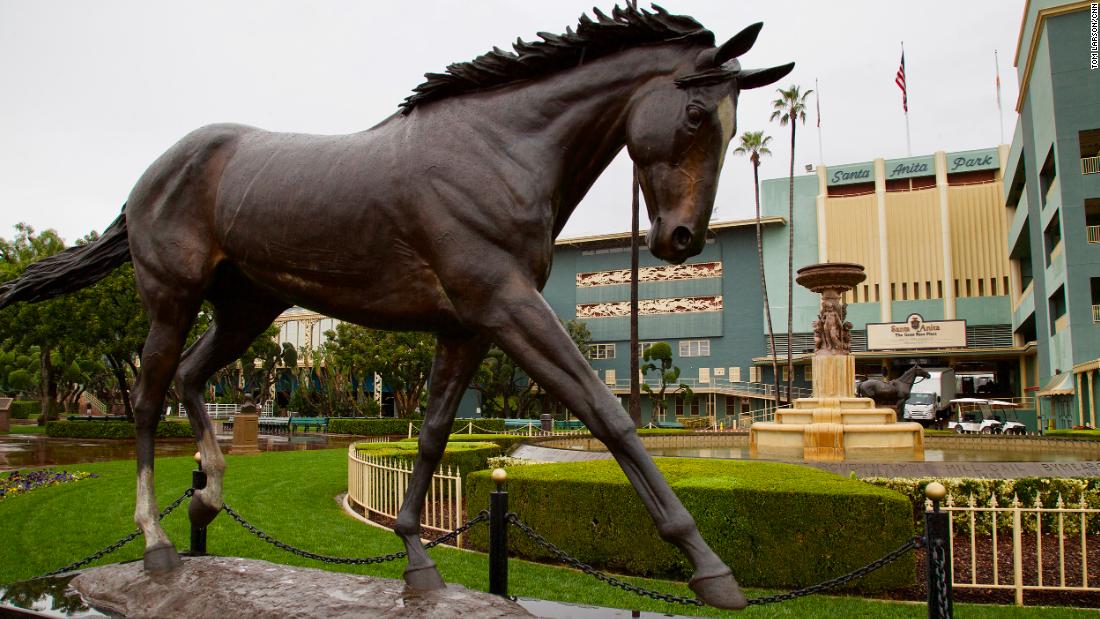 Additional testing with a veteran track expert will use a machine Peterson invented that mimics the response of the front leg of a racehorse at a full gallop. Peterson’s findings are now part of a larger review underway.
“It’s like the National Transportation Safety Board coming in after a plane crash and piecing everything together,” he said. And like the NTSB review, it could take months.
Bernstein told KTLA he had no idea what could be causing the fatal injuries. The track is in “marvelous condition,” he said.
“I know they’ve done the best job they can do. They’ve hired a number of great experts,” he said. “I wouldn’t hesitate to go out tomorrow.”
The racetrack dates back to 1907 and has been a prominent location in the racing community.