A stolen plane, a devastated family and a nation questioning airport security gaps 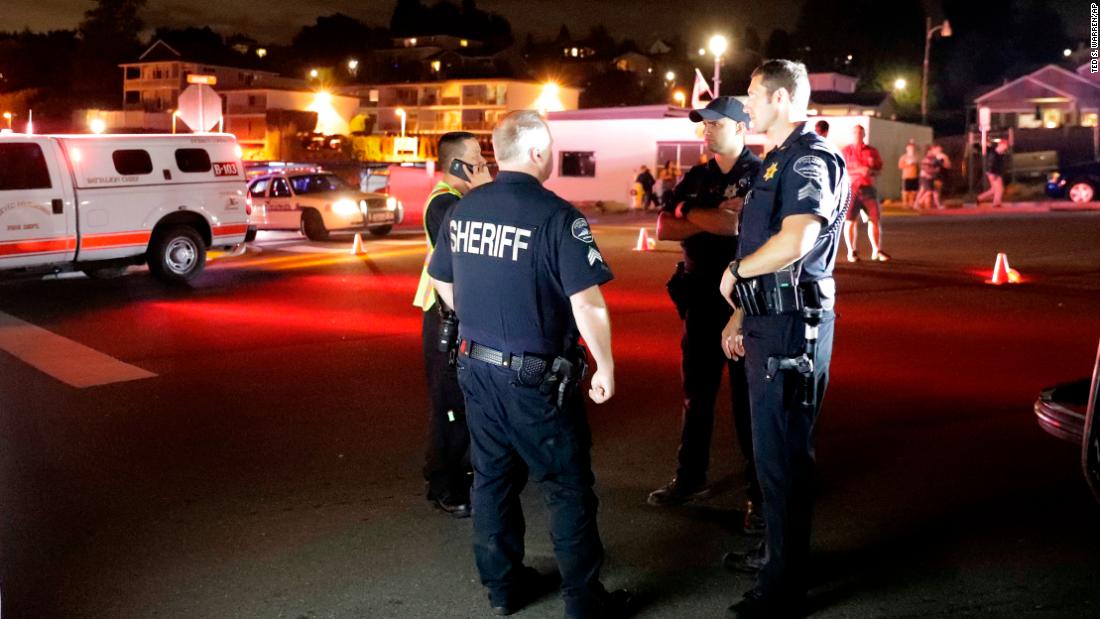 (CNN)A heist and deadly crash of a passenger plane in the Seattle area has left the family of the airport employee who stole the plane devastated and the nation questioning the vulnerability of airport security.

Russell was the only person aboard, and did not survive, the Pierce County Sheriff’s Department said.
In a statement, his family said his “intent was not to harm anyone,” referring to audio recordings of Russell talking to air traffic control during the flight. 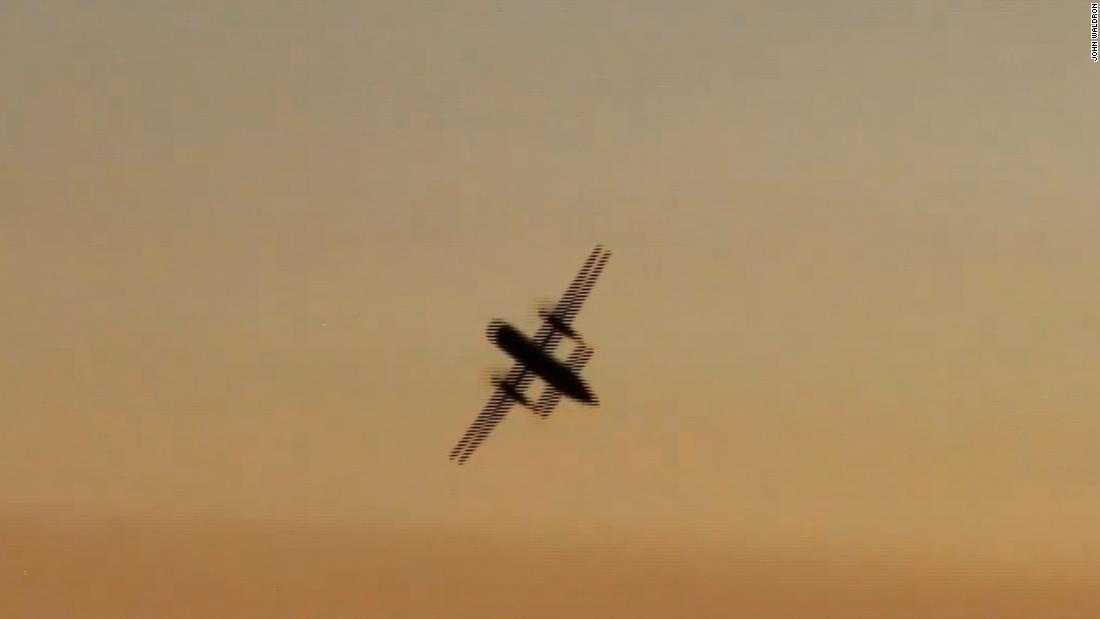 “This is a complete shock to us,” the family said in a statement Saturday night. “We are devastated by these events, and Jesus is truly the only one holding this family together right now.”

Russell had worked as a Horizon Air ground service agent for three-and-a-half years. His job included directing aircraft for takeoff and gate approach, handling baggage and tidying and de-icing planes.
Richard Russell, or “Beebo” as some called him, was “a faithful husband, a loving son and a good friend,” his family said.
The 29-year-old was “kind and gentle to each person he met,” his family said in a statement Saturday night. 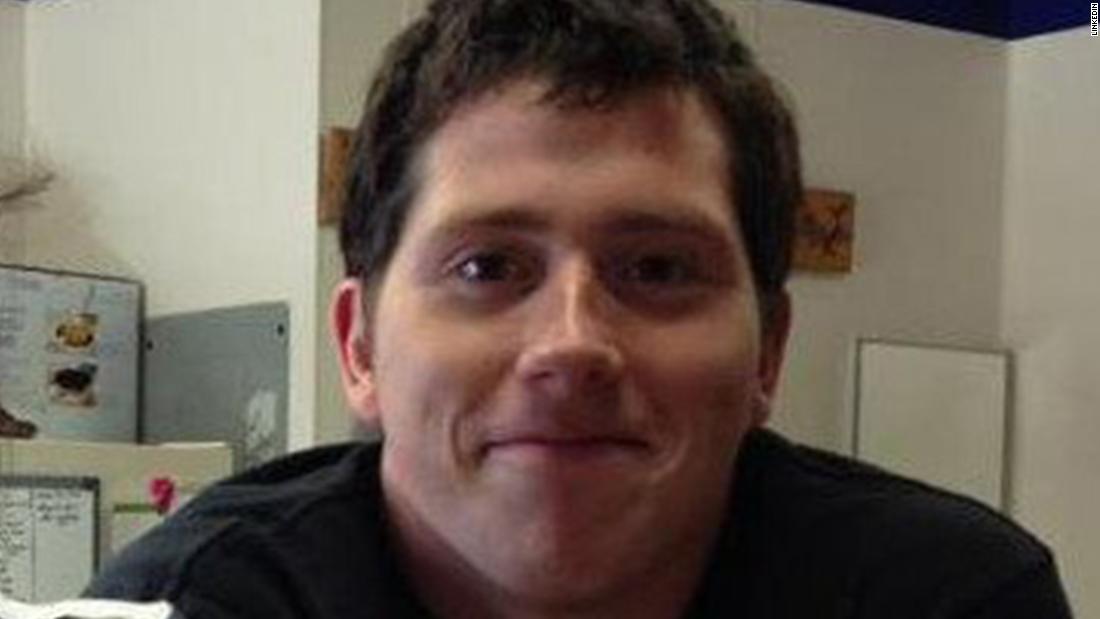 Officials don’t believe Russell had a pilot’s license, and they don’t know how he knew to fly the plane. Jeremy Kaelin said he worked with Russell in 2016, and remembered “happy, funny” chats with him in the break room.
“He was a nice guy,” Kaelin said. “He was definitely one of the harder working people on the ramps.”

F-15s did not bring the plane down.

Russell had worked a shift Friday when he took a plane parked in a maintenance area of the Seattle-Tacoma airport, said Brad Tilden, CEO of Alaska Air Group, which owns Horizon Air.
He used a vehicle known as a pushback tractor to move the empty 76-seat Horizon Air turboprop plane and took off without authorization at 7:32 p.m. local time Friday, officials said.
Russell flew for about an hour, talking periodically with air traffic controllers and making turns and even some aerobatic maneuvers as two armed F-15 jets followed him, officials said. 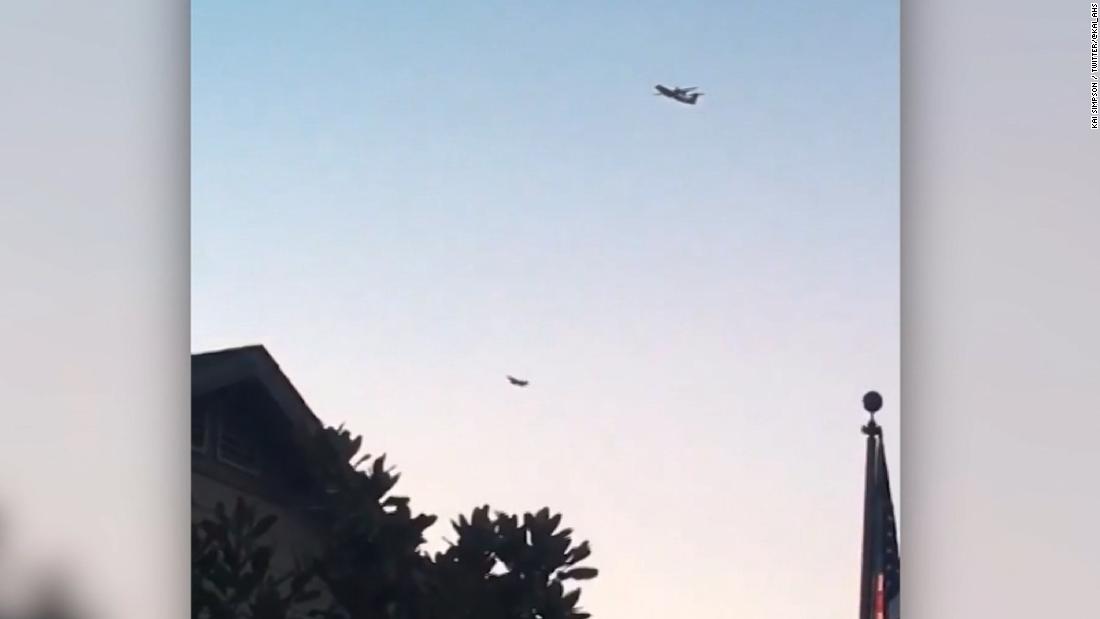 Hear audio from before plane crashed

Video from a witness on the ground shows the plane at one point pulling up for a loop, putting the aircraft upside-down and then pulling back up just feet above a body of water.
The plane eventually crashed on sparsely populated Ketron Island, starting a fire in the woods and killing Russell. No one outside the plane was injured, officials said.
The cause of the crash wasn’t immediately known but authorities said the F-15s did not bring the plane down.

While the crash only killed Russell, the brazen stealing of a commercial airline from a major US airport has exposed a gap in airline security.
FBI said it does not consider the incident terror-related as authorities try to piece together how a security scare of that magnitude occurred at major airport.
Investigators on Saturday were trying to retrieve the plane’s flight data recorder and its cockpit voice recorder.
“He might have been talking to himself in the cockpit,” so the voice recorder may provide additional information that wasn’t recorded in radio traffic, said Debra Eckrote, regional chief for the National Transportation Safety Board.
Experts say the crash exposed alarming gaps in airport security, and is likely to prompt a major review industry security measures.
“This is going to be a major learning event for the industry,” CNN aviation analyst Justin Green said. “This is a really big deal.”
Russell managed to steal a 76-seat Horizon Air turboprop from a maintenance area by himself. He was in uniform, had proper credentials and had clearance to be in secure aircraft areas, according to Brad Tilden, Alaska Airlines CEO.
“They’re credential employees. They’re there to work on the airplanes. … This is aviation in America. The doors of the airplanes are not keyed like a car. There is not an ignition key like a car. The setup in aviation in America is we secure the airfield,” Tilden told reporters Saturday.

He appeared to have broken protocol several times. He shouldn’t have been able to board the plane alone and go unnoticed. He also moved the plane by himself while protocol calls for two people to tow an aircraft.
“The fact he was out there by himself, towing the aircraft by himself … then moving the tracker out of the way, so he could get on the aircraft and move. The fact that all of that happened without even being noticed by anyone on the ground service crew, that is just phenomenal to me,” said CNN analyst and former FAA safety inspector David Soucie.