A lawyer set himself on fire to protest climate change. Did anyone care?

David Buckel hoped his death would catalyze action. But what is individual responsibility when confronted with the crisis of a rapidly changing planet? 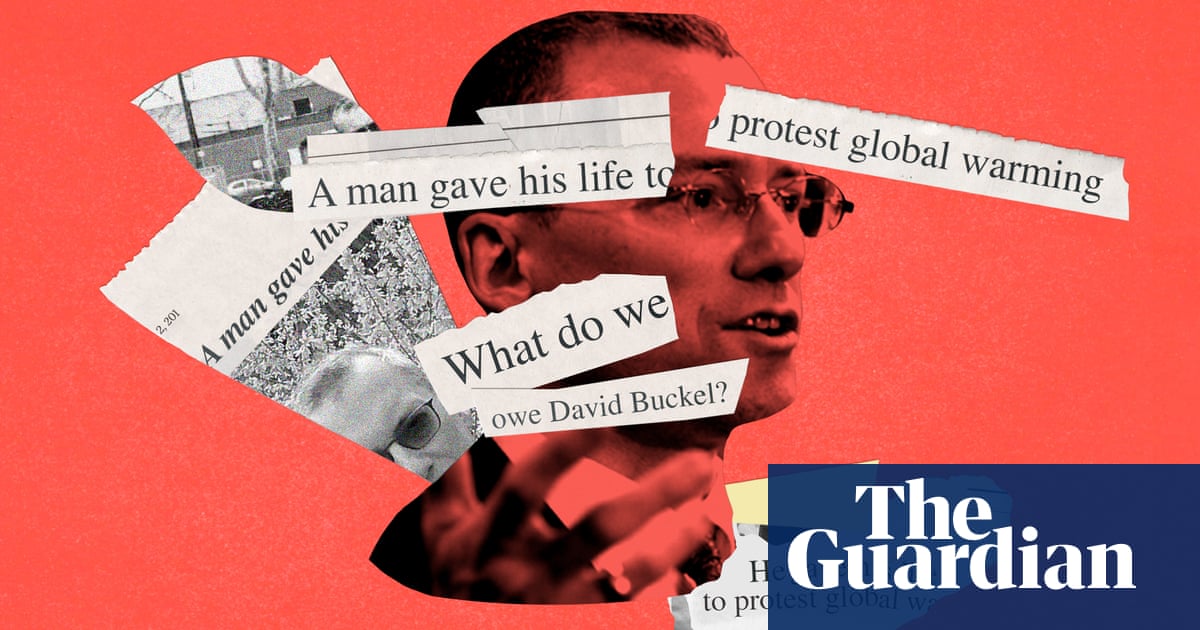 On a recent Saturday in Brooklyn, against the unlikely backdrop of a huge blue-and-white Ikea outlet, several dozen volunteers hand-churned compost. Decomposing food scraps emit considerable heat, and the 6ft-tall compost heaps were warm to the touch. As shovels and pitchforks pierced the compost, gusts of steam rolled off like fog.

A three-acre lot-turned-urban farm, the Red Hook Community Farms contains the largest compost site in America powered entirely by sustainable sources. During an orientation for new volunteers, one of the site managers explained that the operation was the brainchild of a lawyer-turned-environmentalist named David Buckel, who supervised it until his death last year. He designed the sites processes so it would run like clockwork, even in his absence.

A woman asked, hesitantly: Is he the one who self-immolated?

He didnt elaborate but said he considered the site Buckels legacy, and that he and the other two managers felt honored to carry on its work.

As the manager talked, a small wind turbine whizzed overhead. Energy from the turbine, plus several solar panels, fed into a generator that pumped air into the compost heaps not being churned by hand. On the other side of the lot grew rows of spinach, kale, tomatoes and other crops, which the farm sells or donates to food pantries.

Terry Kaelber, Buckels husband and companion of 34 years, often volunteers at the compost site. When I asked him about the site, he thought carefully, then said: There is something very simple and pure in coming together, in giving up your time, to take peoples food scraps and do the work that will enable those scraps to be turned back, over time, into food.

The site was a microcosm, he said, of the kind of self-sustaining, harmonious society Buckel wanted to build the kind I think in some ways we all subconsciously long for.

I only wish, he said, that David had stuck it out.

Early on the morning of 14 April 2018, Buckel a 60-year-old retired gay rights attorney left his cozy, garden-surrounded Brooklyn house and walked to nearby Prospect Park. He made his way to a stretch of grass, where he emailed media outlets a statement decrying humanitys passivity in the face of pollution and global warming.

A few minutes later, he doused himself in gasoline and set himself on fire.

Most humans on the planet now breathe air made unhealthy by fossil fuels, and many die early deaths as a result, his statement said. [M]y early death by fossil fuel reflects what we are doing to ourselves.

With characteristic care, he also left a short note at the scene for emergency personnel. I am David Buckel and I just killed myself by fire as a protest suicide, he wrote. I apologize to you for the mess.

None of Buckels family or friends were aware of his intent, and we will never know for certain whether pre-existing mental distress may have contributed to his decision to take his life. But his writing made it clear he viewed his death in political terms and hoped it would galvanize mass action.