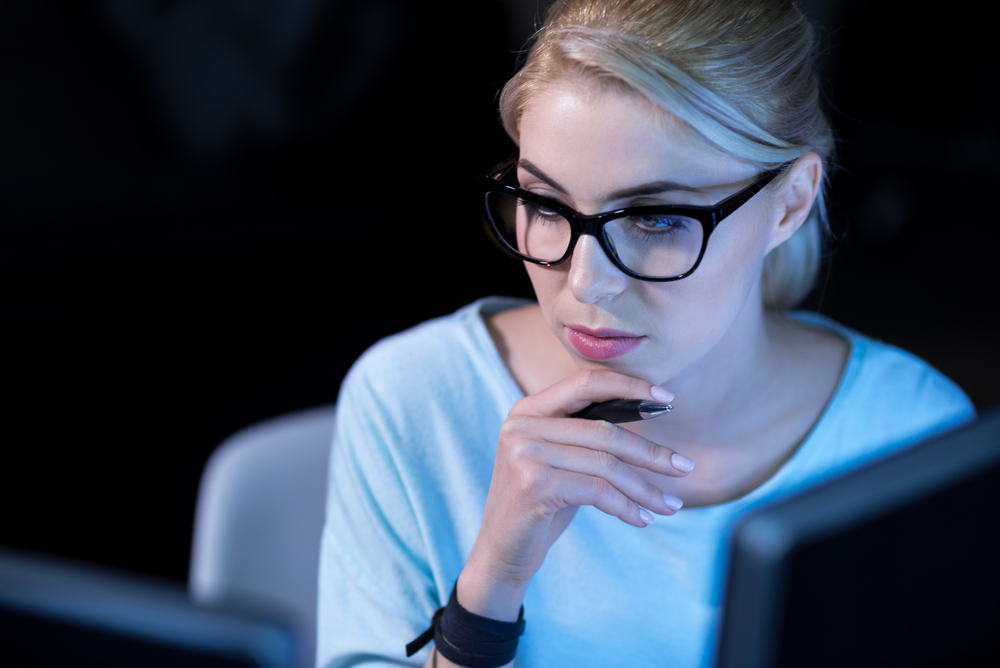 As technology has advanced, so too has dating. Gone are the days of going to the sock hop and waiting for your beau to show up to offer you a dance and buy you a soda or whatever; now we can basically order a boo on demand with the flick of a wrist and the press of a button. I’m not here to go all Baby Boomer on you and lament the downfall of dating and romance as we know it, though. With increased technology comes greater visibility and more accountability. This isn’t like when our moms were dating, where they’d go out with a guy and hope he didn’t turn out to be a sociopath later on down the line. (Seriously, a lot of my mom’s friends ended up unwittingly marrying sociopaths.) Now we have the internet. All the knowledge is right there at our fingertips; you just need to know where to look. And I’m not talking about Facebook and Instagram—that’s amateur hour. These are the websites and tips you need to take your creeping game to the next level.

If there’s one thing I’ve learned from watching a lot of it’s the importance of reverse Google Image searches. Other than that, it’s that people are not very imaginative and will often use the same username for literally every platform. Go to his Facebook and find out what his URL is. Note his Twitter and Instagram handles. Then plug all those usernames into other websites and see what you can come up with. Reddit is the big one I have in mind here, because Reddit is where people reveal their true selves because they think they’re anonymous. Type into your address bar “reddit.com/u/[the username]”, and if he made a Reddit account with that username, you can see everything he posted. If this guy is secretly commenting on girls’ nudes on r/gonewild, or spewing some racist shit on some neo-Nazi subreddit (I don’t actually know if one exists, I’m just using a hypothetical example), you find out early on and can cut your losses. On a less dramatic note, if he thinks puns are the highest form of humor, you can also find that out from the comments and nip that relationship in the bud.

This is a dark level I’m not proud to admit I’ve sunk to—actually, you know what, fuck it. I am proud. They don’t call me Sgt. Olivia Betchson for nothing. If you, like me, get to a point where you can no longer trust anything that comes out of a guy’s mouth and you start wondering what very base-level things he lied to you about, you might walk away from the relationship for your own sanity decide to see if he did, in fact, graduate college. This is where his college website comes in. I can really only speak to the one small college that happened to have this, but I was able to look up PDF versions of his college’s commencement brochures to verify that he did, in fact, graduate college like he said he did. You know what he do, though? Graduate the he told me he did. Or the year after that. Or the one after that. Yes, homeboy told me he graduated in 2014, but he didn’t actually walk across the stage until two years later. AND his degree was listed as “pending upon completion of coursework”. So did he really graduate? I draw the line at calling the registrar’s office pretending to be a potential employer, so I’ll never know for sure. What I do know for sure, though, is that this dude is a dirty liar. Do not trust him. He is a fugly slut.

I mean, this goes without saying. You need to look at a guy’s LinkedIn. However, and I cannot stress this enough, YOU CANNOT LOOK AT HIS LINKEDIN YOURSELF. You need to enlist the help of a trusted friend. Have her look at his profile, screenshot it, and send it to you. If you try to peep yourself while you’re logged in, he’ll get a notification that you viewed his profile, and the game is officially up because you exposed yourself. So once you’ve looked at the screenshot of his LinkedIn, then if you feel so inclined, you can search his current position on Glassdoor to find out how much he makes. Or, in my case, you can search the title of his current position on Glassdoor to find out if he, in fact, works in “tech sales” like he claims and not just working in an Apple store, since Glassdoor indicates he’s getting paid a standard retail wage. Yes, I’ve referenced this in numerous articles; no, I’m clearly not over it.

It bears stating that even if it’s not the most out-of-the-box solution, you can still unearth a lot of information about a person based off what they thought was funny or important back in 2012. (This is why I’ve purged all my tweets from before 2015.) Did this dude write on Twitter that the NAACP and the KKK are analagous organizations? Better know that now. Did he tweet about his frat? Cool, now you can Google that school and that frat to figure out if he was in the cool frat, or the frat known for putting molly in the jungle juice. Again, it’s better you know this shit now.

So you have his Facebook and Instagram and that shit looks pretty run-of-the-mill. But did you look at his tagged photos, though? Rookie mistake. Make sure you’re seeing the photos OTHER PEOPLE are posting, the ones he doesn’t want you to see, or else he would have put them up himself. Also, check out his friends. Do they look like assholes? They say you are a combination of the five people you hang out with most, so if his friends are a bunch of Sperrys-wearing, keg stand-doing, All-Lives-Matter-ing frat boys, you don’t want to figure that out two months in. Or like, IDK, if his friends just look lame, or if they are all women who are hotter than you, those are things you don’t want to wait to find out.

I don’t mean like, have your friend prank call his number. This isn’t 1998. WE HAVE RESOURCES. Once you get his number GOOGLE THAT SHIT. You can find out wherever he posted his number online (aka if he’s an idiot). Like, maybe he’s involved in some business ventures or a bad text of his once went viral. Who TF knows. His address might also come up if he’s listed in any directories. Then you plug that shit into Google Earth, check out his house/apartment, ask him who that bitch was in his bedroom… JK, I’m aware that’s not how Google Earth works, and also that that may be taking things a little bit too far. (No judgment if you decide to go that route tho.)

We are rapidly approaching maximum creep level here, so only stay with me if you’re not faint of heart. There’s this website my friend told me about called SpyDialer.com, where you can type in any cell phone number and listen to that person’s outgoing voicemail message WITHOUT DIALING. Now you might be thinking “Sgt. Olivia Betchson, what kind of information can I hope to gain from some dude’s voicemail? And the answer is: LOTS. You can find out if he’s a sociopath living a double life with a family if he’s dumb enough to record a voicemail message with his significant other. Also, if you read my kittenfishing tale, you’d know that voice Catfishing is a very real problem that affects at least one person a year, and you don’t want to get thrown by a guy with a Mickey Mouse voice.

Ah yes, we’ve finally reached the pinnacle of my depravity. Yes, It’s true. I am not above scouring the darkest corners of the internet to find a guy’s criminal record. To be fair, the one first time I did this, it was because he had already told me he went to jail, but not what the offense was. I feel like I had the right to know if I was dating a murderer, you know? So there’s a few easy ways to do this. You can go to CriminalCheck.com, a no-fee database of sex offenders in the U.S.—minus Nebraska, Rhode Island, South Dakota, Vermont, and New Jersey. That shouldn’t be a huge deal because you shouldn’t date anyone from Nebraska or South Dakota on principle because nobody lives there, and you should assume anyone from New Jersey sucks (learn from my mistakes, I implore you). However, what if he committed some other non-sexual-based offense that is especially heinous? You can just Google his name + his county and have a ball going through each and every result until you find what you’re looking for (or don’t). If you’re asking, no I did not find any arrest record for my guy at the time, but I DID find one for a family member of his, which was a very awkward secret I kept to myself for the entire duration of our relationship. Also, his big-time jail-able offense? This dude spent a night in the drunk tank and played it off like he was El Chapo. SMFH.

They say ignorance is bliss, but that’s not true with dating. There are way too many creeps out there, and it’s important to do your due diligence. Now if you need me, I’ll be looking into whether or not I can obtain some medical records. A bientôt.

I Live In Centralia, PA: It's America's Creepiest Ghost Town

10 Things That Happen When Your Sister Is Your Best Friend

This Is For The People Who Stay, Even When Love Hurts

Study Reveals What Online Daters Are Most Likely To Lie About

Julen Lopetegui sacked by Spain as Fernando Hierro takes over