As near-constant consumers of technology, we’ve all sort of learned this new language, this new way of existing in today’s world.

The people of Twitter have provided us with some hilariously true tweets about living with technology. They are so extremely real it’s not even funny (it is, though). 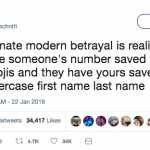 I will say I’m a terrible perpetrator of the “just name” contact. I don’t put emojis next to my peeps. Maybe I should. Maybe it will bring me joy. Who knows? 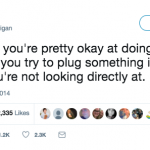 It’s quite humbling when you try to plug something into an outlet without looking at it. It’s kind of like trying to find the straw in your drink with your eyes closed. 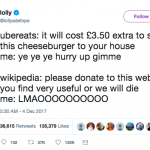 It’s amazing the things that we will spend money on AND the things we won’t. Food delivery always tops the list of things we’ll throw down some dollars for.

“How doth they work?” 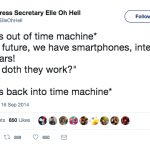 Do you know how your smartphone works? Because I sure don’t. And honestly, I don’t want to know.

The next one is something we have all experienced, guaranteed… 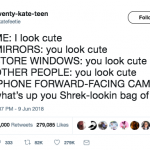 There is no crueler mirror than the forward-facing camera of one’s smartphone. It’s the truth about your face that you never want to face. 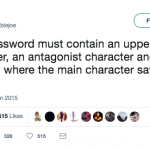 Honestly, if passwords required any more of me, they’d be my dog. He can’t do anything for himself, and he needs me to do literally everything for him. 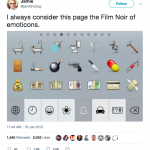 There’s the whole plot of a noir movie hidden in this page of emojis. It’s directed by Martin Scorsese, and it is DARK. 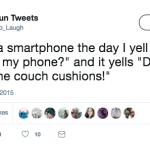 When this day comes, it will be the most bittersweet day ever: extremely convenient, but that much closer to the robot takeover. 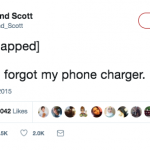 The next one will hit home for anyone who regularly travels on public transportation. 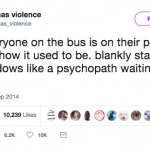 Ugh, we all have a bottomless pit of information at our fingertips, and we’re using it instead of staring out the window contemplating our own mortality.

What’s wrong with us?! 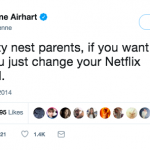 This is so true.

But also grown kids who’ve moved out, call your parents! Just cuz! Do it! 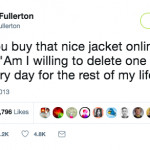 Committing to online purchases is also committing to a lifetime of promotional emails from that company. Like, they’ll send them forever if you don’t unsubscribe, and sometimes even if you do. 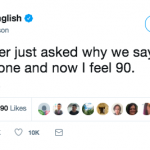 Kids today don’t even know that we literally used to have to hang up the phone! What do they want us to say? “OK, I’m going to press the red phone button now.” 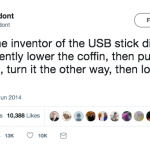 How is it that no one has ever in the history of the world put the USB stick in correctly the first time?

The next one will make you super frustrated.

“Sorry, just got this” 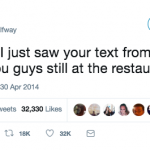 The thing about texting is that you always have an excuse for not answering. It’s not a good excuse, and it sucks to use it, but we all have now and again. 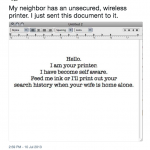 This is the most brilliant trick. What would you even do if you saw this randomly come out of your printer?

I’d probably lock my printer in the closet and move across the country. 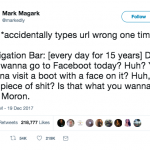 Why can computers do almost anything but they can’t recognize when we make a simple typo in a URL?! It’s the most frustrating thing. 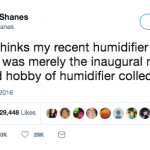 This is quite a flaw in Amazon’s recommendation system. Once you buy a thing, you don’t need that thing anymore! 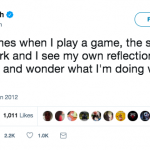 That’s why it’s called Black Mirror, people! The reflections we see in the screens of our devices are haunting and terrifying beyond belief.

Share this with the tech nerd in your life!

Chip and Joanna Gaines: 11 Godly Secrets to an Epic Marriage and Family